Gürcan: The prospects of IS in Turkey

Metin Gürcan in t24 writes the ISIS needs Turkey. ISIS has not yet declared Turkey a war zone. While ISIS is steadily losing ground in Syria and Iraq, Turkey is a centre for it in terms of logistics and finance. I see that the Turkey strategy of ISIS has four different levels: First, it aims to create a division between on the one hand Sunnis who become more Salafist and others, by carrying out acts of violence that increase the already significant tension along the sectarian, ethnic and political fault lines in Turkey. Second, it seeks to ensure that Turkey does not become an active member of the global anti-ISIS coalition by attacking foreigners in Turkey. Third, it seeks to radicalize the Islamist youth in Turkey that has become increasingly alienated from the traditional Islamic structures. Fourth, it will encourage the ideologically radicalized to take radical action, exporting the extremist Salafist groups that it has raised in the Turkish pool abroad. In fact, we can see that ISIS is very good at following the evolution of political Islam in Turkey, in recognizing that it can steal a role in the wake of the power struggle between the AKP and the Gülen fraternity, and as a result of the fact that traditional Turkish Islamism has fared so badly in its encounter with capitalism: this is something that increases the popularity of jihadist Salafist movements among increasingly alienated young Islamists in Turkey.

The PKK and the PYD: Comrades in Arms, Rivals in Politics? 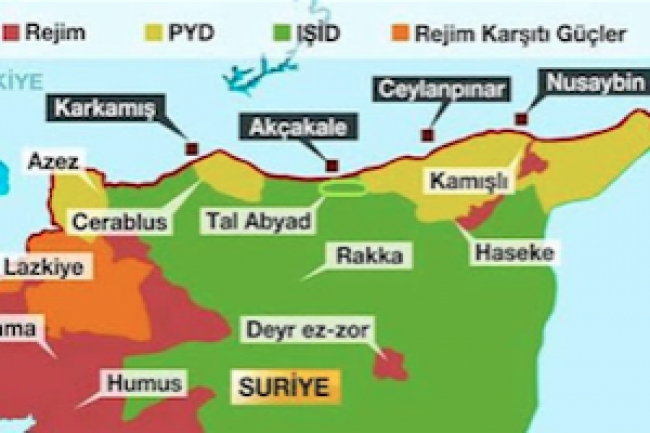 Although the Kurdistan Workers’ Party (PKK) and the Democratic Union Party (PYD) are ideologically affiliated, they remain organizationally distinct. Even though it does not pose a direct security threat to Turkey, the PYD’s increasing consolidation of power in northern Syria arguably poses a challenge not only to Ankara but also to the PKK. 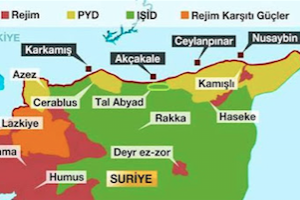 Mahçupyan: ISIS and PKK both need to keep Turkey by their sides

Etyen Mahçupyan in Karar writes that it is obvious that ISIS has an understanding of Islam that leads it to see Turkey as an enemy, and that it intends to incite such an Islamic understanding inside Turkey. But at the same time, it is also clear that ISIS does not want to wholly be at odds with Turkey. Ultimately, it wants to be accepted as a force to bargain with in Syria and Iraq. Thus, even though they don’t hinder uncontrolled acts and though they may even resort to using violence as part of a strategy of “warning,” they have to get along with Turkey, insofar as they want to be a permanent force to reckon with in the region. The PKK’s position is no different. It’s easy to declare cantons (in Syria) when a war is raging, but much more difficult to sustain these when peace arrives…  It’s obvious that you cannot categorically trust the U.S., Russia or Germany. In other words, when we pass on to the next stage in Syria, Turkey’s view of an eventual Kurdish entity is going to be a crucial factor… And what is at least as critical as this factor is the fact that the PKK runs the risk of alienating its sociological base in Turkey if it escalates the violence. In short, the two terror groups that Turkey is facing are in fact in need of Turkey’s “acceptance…” We can predict that both organizations are going to want to resort to violence in order to bring Turkey to the point that they desire, but that they at the end of the day are going to want to keep Turkey by their sides. As a new table is being set in Syria, the number of groups that would like to have violence in Turkey is thus decreasing, not increasing.

Bayramoğlu: Turkey should reconsider its approach to the Kurds

Ali Bayramoğlu in Yeni Şafak writes that the geopolitical winds are behind PKK-PYD and against Turkey. Turkey does not have any card up its sleeve that it can deploy to stop the Kurdish region in Syria that it sees as an existential threat. As long as this balance persists across the border, it is not reasonable to expect that Kandil (the headquarters of PKK in northern Iraq) is going to abandon its attempts to establish areas of sovereignty, its strategy of creating cantons, by means of urban warfare and the politics of ditches. The statements of the authorities promising that “soon the cleaning will be finished, and public order will be established,” appear naïve considering past events and the present balances of power. This is so even though a significant part of the population in the region does not approve of the actions of the PKK. This does not mean that they have edged closer to the approach of the state and its position. Isn’t it time that Turkey revises its reading of the region, its view of the Kurdish movements, the Kurdish question and its roadmap for the future?

Münir: Erdoğan’s order is going to crumble just like Atatürk’s order did

Metin Münir on t24 news site writes that the regime in Turkey is engaged in an attempt to reverse what Atatürk and his friends did when they founded the republic in 1923; they are founding a new republic. It is going to a place where conservatives, the pious and the lumpen rule supreme, and where everyone else is excluded; it is going to be a Sunni and not secular, a Middle Eastern and not European Turkey. If Atatürk and his friends had not emerged when the empire fell, Turkey would have been a mix of Pakistan, Saudi Arabia and Iraq. This fate was averted, but the founders of the republic were unable to create a peaceful regime. That was because they did not accept that Turkey is a mosaic that is made up of Turks and Kurds, of Sunnis and Alevis and of many other religious and ethnic minorities. Instead, they erected a regime ruled by secular Turks. That did not work. The emergence of Erdoğan and his friends is the result of this neglect. Now, they are repeating the same mistake in a different way. They have replaced the rule of the secular Turks with the rule of the Sunni Turks – again by disregarding the Alevis and the Kurds and the seculars who have become the biggest minority. This is not going to work either. It is going to crumble. A new order will eventually be created, but only after we have gone through indescribable miseries and destruction.

Published in What the Columnists Say
Read more...
Page 1 of 4