Good Kurd, Bad Kurd: The AKP’s Rapprochment with the KRG

On December 1, Turkish Energy Minister Taner Yıldız met with Iraqi Deputy Prime Minister for Energy Hussain al-Shristani in Baghdad in an attempt to assuage the central Iraqi government’s concerns about a string of energy cooperation agreements between Ankara and the Kurdistan Regional Government (KRG). On November 16, Turkish Prime Minister Tayyip Erdoğan had hosted KRG President Massoud Barzani in the city of Diyarbakır in an attempt to divide and weaken Turkey’s own Kurdish nationalist movement. 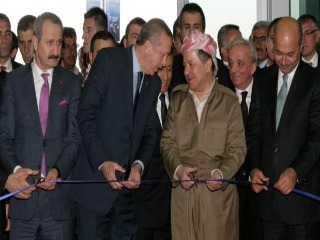