The Democratization Package and Erdoğan's Hall of Mirrors

On September 30, 2013, Turkish Prime Minister Recep Tayyip Erdoğan announced what he termed a “democratization package” of proposed legislative amendments. Yet not only does the package fail to address the key components of Turkey’s growing democratic deficit but it has reinforced concerns about Erdoğan’s increasingly autocratic authoritarianism.

BACKGROUND: In the weeks leading up to the announcement of the package, Erdoğan refused to provide any details of its contents, merely insisting that it would provide something for everyone. In fact, the proposed changes are heavily slanted towards pious Sunni Muslims in an apparent attempt to consolidate his support base going into the local and presidential elections in 2014.

The package foresees lifting the ban on the employment of women wearing Islamic headscarves in state institutions, except for the police and military and judges and prosecutors. Erdoğan also announced the abolition in elementary schools of the compulsory oath in which students identify themselves as Turks and commit themselves to upholding the principles of Mustafa Kemal Atatürk, the secular Turkish nationalist who established the modern republic in 1923. In addition, Erdoğan promised to increase the judicial punishments for “hate crimes” and penalize anyone who attempted to prevent others from “living according to their religious beliefs.” In practice, this can be expected to be applied almost exclusively to protect those who share Erdoğan’s Sunni Muslim beliefs.

In addition to the abolition of the elementary school oath – which ethnic minorities had long claimed was discriminatory – the package contains some concessions to Kurdish rights. However, these are mostly minor or cosmetic. For example, Erdoğan promised to allow Kurdish to be used as a medium of instruction in education, but only in privately-owned schools and only for courses designated by the Ministry for National Education. Yet the predominantly Kurdish southeast of Turkey is also the poorest region of the country – not least as a result of decades of willful neglect by successive governments who calculated that an uneducated, impoverished population would be easier to control. As a result, many Kurds struggle to send their children to free state-run schools, much less being able to afford a private education. Kurdish nationalists, who have been pressing for Kurdish to be treated on an equal level with Turkish in the southeast, have already made it clear that what they regard as making Kurds pay to be educated in their own language is not only unacceptable but an insult. In practice, the only beneficiaries of the proposed change are likely to be the religious organizations – such as the Fethullah Gülen Movement – that dominate the private school sector in the southeast and use subsidized private education as a recruiting tool.

Erdoğan also announced the lifting of the bans on the use of Kurdish in election campaigns and on the letters ‘q’, ‘w’, and ‘x’, which are present in the Kurdish but not the Turkish alphabet. In practice, Kurdish politicians already regularly address election rallies in Kurdish. The law on the banned letters has long been flouted, not least by the Turkish state itself. All Turkish state institutions use the letter ‘w’ in the addresses of their official websites.

Erdoğan proposed lowering the 10 per cent national electoral threshold, although he added that the precise changes would be decided by parliament. This is disingenuous. In practice, the Turkish parliament’s role in the formulation of policy has long been restricted to rubberstamping decisions taken or approved by Erdoğan in person. There is no reason to suspect that changes to the electoral threshold will be any different.

However, Erdoğan did make it clear that he expected any lowering of the threshold to be accompanied by changes to the number of electoral constituencies, with a larger number of constituencies each returning a lower number of deputies to parliament. If the electoral threshold is reduced, or even abolished altogether, it would increase the chances of smaller parties – most significantly the pro-Kurdish Peace and Democracy Party (BDP) – fielding candidates in their own name rather than as independents, as at present. However, increasing the number of constituencies and reducing the number of deputies from each one would result in the parties winning the largest shares of the vote taking a disproportionately high number of seats in parliament. The party that would benefit most would be the one with the largest share of the vote, which opinion polls suggest is Erdoğan’s Justice and Development Party (AKP). In fact, if such a system is introduced at the next general election, the AKP would probably increase its share of the seats in parliament even if it suffered a substantial decline in its share of the national vote. 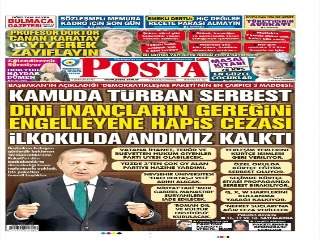 IMPLICATIONS: More revealing than the measures included in Erdoğan “democratization package” are what it excludes. In addition to calling for equal status for Kurdish – including its recognition as an official language – Kurdish nationalists have set the devolution of some of the powers of the central government to local authorities (in line with the European Charter of Local Self-Government) as a prerequisite for the resolution of the long-running Kurdish Issue.

However, one of the most striking characteristics of Erdoğan’s decade in office has been the increasing concentration of power in his own hands. He was never likely to accede to the diffusion or delegation of real political power to others. But the “democratization package” does not even foresee cosmetic concessions.

Similarly, the package contains no proposals to amend Turkey’s notorious anti-terrorism laws, which have enabled the courts to interpret almost any expression of Kurdish nationalist sentiments as aiding and abetting the militant Kurdistan Workers’ Party (PKK) and have resulted in the imprisonment of thousands of Kurdish nationalists, including many who are opposed to the PKK. The package also fails to address other egregious infringements of basic democratic rights, including the imprisonment of hundreds of secularists on patently fabricated charges in the Ergenekon and Sledgehammer trials and the increasingly parlous state of freedom of expression in Turkey.

Nor, despite Erdoğan’s professed commitment to enabling people to live “according to their religious beliefs”, does the package mention the Greek Orthodox Seminary on the island of Halki/Heybeliada outside Istanbul. Despite international campaigns for it to be reopened, the seminary has been closed since 1971, making it impossible for Turkey’s dwindling Greek Orthodox community – who now number less than 2,500 people – to train their own clergy.

Perhaps even more striking was Erdoğan’s failure to address the grievances of Turkey’s heterodox Alevi religious community, who are estimated to account for at least 15 per cent of the country’s population. Although Turkey is theoretically a secular state, the inculcation of Sunni Islam is compulsory at every level of the education system, including for Alevi children – in defiance of a 2007 ruling by the European Court of Human Rights that the practice violates their basic rights. Sunni mosques are funded by the Turkish state, which also pays the salaries of Sunni clergy. In contrast, Alevis receive no state funding. The Turkish state refuses even to recognize the “cemevi” – where Alevis gather for prayer and religious ceremonies – as a place of worship.

In the run-up to the announcement of the “democratization package” there had been considerable speculation that it would include measures that would at least reduce the discrimination faced by the Alevis. Instead, there was nothing. Extraordinarily, Erdoğan declared that he would rename the state university in the central Anatolian province of Nevşehir ‘Hacı Bektaş-ı Veli University’, after the thirteenth century mystic and humanist who is revered by Alevis. The renaming of the university appears to be an attempt at a reciprocal gesture after the May 2013 announcement that the third bridge across the Bosphorus would be named after Yazuv Sultan Selim (1470-1520), the Ottoman sultan who is notorious for massacring tens of thousands of Alevis.

The fact that Erdoğan appears to have believed that merely renaming a university – while leaving the name of the Bosphorus Bridge unchanged – would on its own be enough to placate the Alevis is alarming. Despite how he was often naively portrayed during his first years in power, Erdoğan has never been a democrat. But he did once possess the most acute political instincts of any Turkish politician of his generation. These instincts now appear to have deserted him.

Surrounded by a trusted inner circle of sycophantic advisers, Erdoğan often resembles someone living in a hall of mirrors. He appears to be genuinely convinced that, under his rule, Turkey is developing into what he describes as “an advanced democracy”. Yet one of the most striking features of Erdoğan’s “democratization package” was that it was prepared not in response to public pressure or as a product of an open public debate but behind closed doors by Erdoğan and his advisers, its contents kept secret until they were announced with the aplomb of a magician pulling a rabbit out of a hat and the confident expectation of tumultuous applause.

Indeed, the preparation of the “democratization package” was uncomfortably reminiscent of the paternalistic authoritarianism that characterized the single-party regime that governed the republic during its early years and was encapsulated in a statement in 1943 by Ankara Governor Nevzat Tandoğan, who famously told the people of Anatolia: “If nationalism is needed, then we shall do it. If communism is necessary, we shall also bring that.” 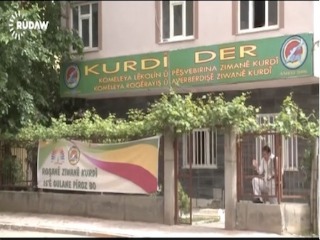 CONCLUSIONS: The failure of Erdoğan’s “democratization package” to address the challenges facing Turkey could have severe consequences for the country’s future. The absence of any measures to ease the increasing suppression of freedom of expression and the continuing discrimination faced by the Alevis are both likely to intensify the already dangerous tensions and divisions in Turkish society. Most critical is Erdoğan’s refusal to understand that time is running out to solve the Kurdish issue.

The dialogue that was initiated in December 2012 between the Turkish state and imprisoned PKK founder Abdullah Öcalan had already stalled even before Erdoğan’s announcement of September 30. Most Kurdish nationalists suspect that Erdoğan never had any intention of entering into substantive negotiations and only initiated the dialogue as a ploy to force the PKK to announce a ceasefire while the talks continued. In this context, they regarded the “democratization package” as Erdoğan’s last chance to prove them wrong. This he has failed to do.

On October 7, 2013, the PKK issued a statement denying that it was about to respond to the “democratization package” by abrogating its unilateral ceasefire. But the organization also made it clear that it has no faith in Erdoğan’s commitment to resolving the Kurdish issue through negotiation and that it regards an eventual return to violence as not only inevitable but the only way that Turkey’s Kurds are ever going to obtain their rights. More ominously, it is now a view that is increasingly shared even by Kurdish nationalists who had previously been opposed to violence.

More in this category: « Is Turkey going to reconsider its Sunni sectarian policy in Syria? Erdogan versus Koç Holding: Turkey's New Witch Hunt »
back to top