Conservatism as Solution: Can the Nation Alliance Solve Turkey’s Problems?

While Turkey’s opposition alliance inspires little hope as an economic savior, its reduction of Turkey’s democratic deficit and crisis to a question of the power of the presidency and the solution to a restoration of parliamentarianism obfuscates what really cripples Turkish democracy. And as the opposition alliance has closed itself both to the left – ignoring the plight of a working class that is hard hit by the economic crisis – and to the representatives of the Kurdish minority, it cannot credibly claim that it will further the cause of democratic change. Even if the opposition alliance were to prevail electorally, which is by no means certain, it will not alter Turkey’s course. 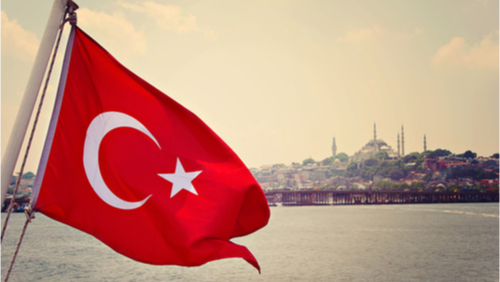 BACKGROUND:  On February 28, 2022, leaders of six Turkish opposition parties announced their intention to abolish the executive presidency that was approved in a referendum in April 2017 and which has been in force since June 2018 and to return Turkey to a parliamentary system. The centrist Republican People’s Party (CHP), the right-wing Good Party, the Islamist Felicity Party and the center-right Democrat Party that form the Nation Alliance were joined by the conservative Democracy and Justice (DEVA) and Future Parties. Absent from the meeting was the pro-Kurdish and leftist Peoples’ Democracy Party (HDP) – the largest opposition party after the CHP that received 11.7 percent of the vote in the last general elections – which had not been invited to join the initiative. Also excluded was the socialist leftist Turkish Workers' Party (TİP) which holds four seats in the Turkish parliament.

The absence of the pro-Kurdish HDP and of the socialist left bespoke the right-wing character of the enlarged opposition alliance as well as its unwillingness to challenge nationalist orthodoxy, indeed its embrace of it. TİP leader Erkan Baş criticized the exclusion of his party, arguing, "You cannot beat the Justice and Development Party (AKP) with the AKP's retirees," a reference to former Minister of Economy and Deputy Prime Minister Ali Babacan and Former Foreign and Prime Minister Ahmet Davutoğlu, the leaders of the DEVA and Future Party, respectively, who split from the AKP. HDP co-Chair Mithat Sancar was also sharply critical, saying, "Who makes the HDP an enemy, is no different from the AKP and the Nationalist Movement Party” (MHP, the partner of the AKP).

The opposition declaration represented a personal success for Kemal Kılıçdaroğlu, the leader of the CHP, who had worked to enlarge the Nation Alliance with the two conservative splinter parties from the AKP. Kılıçdaroğlu is widely believed to be harboring presidential ambitions, and he has made a special point of reaching out to and cultivating the conservative constituency. Kılıçdaroğlu’s tactic is predicated on the assumption that the path to power in Turkey lies to the right, which has indeed mostly been the case, and that he needs to reassure voters that things will remain pretty much the same, except for the consitutional role of the presidency and for the identity of the person that will occupy it. Yet this conservatism does not necessarily stand to be rewarded. Indeed, the question is how successful an opposition alliance that closes itself to the left can be.

IMPLICATIONS: Turkey has seen workers' protests on an unprecedented scale since the beginning of the year; employees of e-commerce sites, which have grown very rapidly in Turkey in recent years, and workers in the automotive sector have gone on strike or resorted to other methods of struggle in order to receive wage increases in line with the galloping inflation.  Most companies have refused to enter into any negotiations with the unions, with one, Farplas, an automotive company, dismissing the activist workers and calling on the police to suppress the workers. The question, therefore, is to what extent an opposition that has excluded the left – and which does not address the plight of a working class that has taken to the streets to seek its rights – can credibly make the case that it will further the cause of democratic change.

Workers' protests are set to spread further in the coming months as inflation – consumer inflation is now close to 60 percent – continues to spiral out of control and increases inequality. While inflation is hollowing out fixed salaries of employees, Turkish companies have reported increases in their turnover and profits for 2021. This will inevitably fuel anger and more social protest. In the 1970s, another time when the popular classes reeled under high inflation, the CHP, then led by the social democrat Bülent Ecevit, successfully tapped into the discontent with a left-populist program and rhetoric. It seems unlikely that the current strategy of the CHP, to align with conservatives, will be equal to the challenge, especially since voters are looking for a new alternative, not for another version of the old one.

The conservative DEVA and Future Parties which the CHP works to include in the Nation Alliance are rightly seen as the representatives of the past and it is no coincidence that they hover around 5 percent at most in opinions surveys. Neither Ali Babacan nor Ahmet Davutoğlu have engaged in any public soul-searching that would suggest that they have any remorse and are willing to assume any responsibility for Turkey’s economic travails; on the contrary, they maintain that things worked well during their time in office and propose a return to what they hold to have been the successful, first decade of the AKP’s time in government, from 2002 to 2013.  Yet this idealization of a supposedly golden past obfuscates that there has in fact not been any break with the fundamental class bias of the economic policies; today, just as in the past, business interests are privileged at the expense of labor, and the exploitation of labor was no less pronounced during the AKP’s economically “successful” period than it is today. This period, when Babacan was in charge of the economy, saw inequalities in income and wealth grow dramatically, with the richest 1 percent of the population increasing its share of the national wealth by 43 percent, putting it in possession of 54 percent of the country’s wealth.

So far, the opposition alliance has not revealed its plans for the economy, but there is nothing that suggests that the parties of the Nation Alliance – not to speak of the two splinter parties from the AKP – envision any deviation from neoliberal orthodoxy. Voter confidence in the ability of the Nation Alliance to manage the economy is low. In a poll conducted by Metropol, 55 percent answered that they did not believe that the opposition would be able to cure the economy. The rate of those who thought that the Nation Alliance will solve the economic crisis remained at 37 percent. Unlike what was the case twenty years ago, when many voters embraced the AKP as a fresh alternative after an economic crisis similar to the one that Turkey is living through today, the opposition alliance is not being greeted as a savior. Unlike the economic crisis of 2001, this time the crisis has not precipitated a radical change in the political landscape; although the AKP and especially its partner the MHP has lost support, the ruling parties are far from suffering the kind of collapse in voter support that the parties of the ruling center right coalition suffered in 2001-2002, while there is no dramatic surge in the support for the parties of the opposition alliance.

And while the opposition alliance inspires little hope as an economic savior, its reduction of Turkey’s democratic deficit and crisis to a question of the power of the presidency and the solution to a restoration of parliamentarianism obscures what really cripples Turkish democracy.  An alliance that excludes the party that the majority of the Kurdish electorate rallies to cannot credibly pretend that it will be able to solve the Kurdish problem. Indeed, the question is if the Nation Alliance has such an intention. As in the economy, the Nation Alliance has not put forward a concrete alternative regarding the Kurdish issue. The Good Party, the second biggest party of the alliance, adheres to the state's traditional hard-line policies on the Kurdish issue and favors the closure of the HDP. This is the same policy as the MHP, the partner of the AKP, from which the Good Party split. The fact that there is no difference between the parties of the regime and the second biggest party of the Nation Alliance on the Kurdish issue suggests that an opposition victory is unlikely to usher in any democratization. On the other hand, victory for an opposition that does not differ from the regime either regarding economic policy or the Kurdish question and democratization may anyway be unlikely. The HDP's exclusion from the Nation Alliance is also counter-productive in terms of electoral mathematics. It is hardly possible to prevail electorally without the HDP vote. Bekir Ağırdır, head of the public opinion research company Konda, points out that the broadest alliance and unity will be required for the opposition to carry the presidential election.

CONCLUSIONS: While the opposition alliance inspires little hope as an economic savior, its reduction of Turkey’s democratic deficit and crisis to a question of the power of the presidency and the solution to a restoration of parliamentarianism obfuscates what really cripples Turkish democracy.

And as the opposition alliance has closed itself both to the left – ignoring the plight of a working class that is hard hit by the economic crisis – and to the Kurdish minority it cannot credibly make the case that it will further the cause of democratic change. Even if the opposition alliance were to prevail electorally, which is by no means certain, it will not alter Turkey’s course.

More in this category: « Closing Down Democracy – The Prosecution of the HDP Turkey and the Ukraine War: Ankara Charts its Own Course »
back to top