Allies or Adversaries? The Confidence Gap between the U.S. and Turkey Needs to be Addressed Featured

Washington’s response to Turkey’s foreign policy choices has been to look for other allies that are either at odds with Turkey, like Greece, or which confront it, as Kurdish groups in northern Syria do. This is a risky strategy. U.S. policy makers need to be cognizant that the more the confidence gap between Ankara and Washington persists, the more it will benefit Russia that is set to use it to advance its own interests. 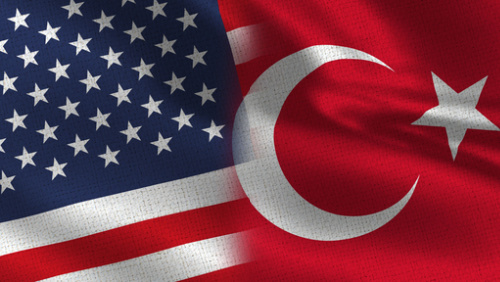 BACKGROUND: On October 3, 2022 the Turkish nationalist daily Sözcü’s front page ran the headline “The U.S. plans to invade Turkey after kicking it out of NATO.” The newspaper quoted retired rear admiral Cihat Yaycı, who alleges that the United States is reinforcing Greece militarily in order to provoke a Turkish attack on Greece, which in turn, he claims, would give the U.S. the excuse to invade Turkey and expel it from the NATO.

While a certain level of anti-Americanism has always existed in Turkish society, distrust of the United States has reached unprecedented levels since the early 2000s. For nearly a decade, the U.S. has continued to rank first in public opinion polls as the greatest threat to Turkey. What is more, there has been an unprecedented rise of anger towards Washington throughout the state bureaucracy, especially in the Turkish military. The allegations of retired rear admiral Yaycı speak of the level of distrust, indeed hostility that has come to prevail toward the United States among the Turkish military, an institution that used to be a bastion of pro-Westernism. Meanwhile, the Pentagon, historically Turkey’s leading ally in Washington, no longer appears to back Turkey.

Initially and for several years, Erdoğan and his Islamic conservative party enjoyed an intimate relationship with U.S. administrations, starting with that of President George W. Bush, who even hosted Erdoğan at the White House before the AKP had formed a government – signaling the U.S. endorsement of Turkey’s next leader. Subsequently, Erdoğan developed a close relationship with President Barack Obama who in a 2012 interview listed the Turkish leader among five world leaders with whom he had been able to forge “friendships and the bonds of trust.” But having consolidated its power at home after successive electoral victories, the AKP started to pursue a more assertive foreign policy which was to lead to a divergence of policies with the U.S.

Until then, there had been an understanding among Turkey’s Western allies that while sometimes creating complications “Turks always come around at the end of the day.” The Davos spat in 2009 between Erdogan and Shimon Peres after which Turkish – Israeli relations went into a coma, followed by Turkey’s vote against sanctions on Iran during its tenure at the United Nations Security Council in 2010, were the first signs that the Turks would no longer necessarily be coming around at the end of the day. The rift between Turkey and the United States widened when Ankara lent support to jihadist militias in Syria’s civil war.

Yet ultimately it was not so much Turkey’s newfound confidence but fear of the United States, the suspicion that Washington was scheming against Turkey, that broke the bonds of trust in Ankara. The turning point was 2012-13, when it became clear that the U.S.-based cleric Fethullah Gülen, Erdoğan’s erstwhile ally, was plotting his overthrow. Fearing for his political future, Erdoğan turned authoritarian, responding to the 2013 Gezi protests in Istanbul with force to dissuade their repetition. President Obama distanced himself from Erdoğan, refusing to return his phone calls. The 2013 coup in Egypt that toppled the Muslim Brotherhood government of President Mohammed Morsi, and which was not condemned by the Western powers, further fanned Erdoğan’s fears. The tacit Western endorsement of the Egyptian coup confirmed Erdoğan’s perception of the West as anti-Islamic and is believed to have made him fearful of meeting the same fate. The tepid reaction of the West to the 2016 coup attempt consolidated Erdoğan’s conviction that the Western powers want him ejected from power. In response, Erdoğan began to deepen his relationship with Russian President Vladimir Putin.

IMPLICATIONS: Washington’s response to Turkey’s foreign policy choices has been to look for other allies that are either at odds with Turkey as Greece or which confront it as the Kurdish groups in northern Syria do. The U.S. has chosen to take punitive action rather than engage with Turkey with a carrot-and-stick policy. The United States privileges Greece as a military base and continues to militarily support the Kurdish enclave in northern Syria that is controlled by the Kurdish party PYD and its militia YPG, which Ankara argues are wings of the Kurdistan Workers’ Party (PKK) that has been waging an insurgency against Turkey since 1984.  The Pentagon’s decision to rely on the Kurdish militia YPG in its fight against ISIL shocked Ankara. Initially, U.S. officials denied that there was an organic link between the PKK and the PYD/YPG, but today accept that link, while defended American support to the Kurdish party and its militia as being only tactical, temporary and transactional.

However, U.S. support to YPG does not appear to be temporary, and although Turkey and the United States are currently managing the situation on the ground, Turkish and U.S. soldiers have came to the brink of a hot confrontation during Turkey’s cross-border operations in northern Syria against the YPG.

Washington’s preferred choice is to compartmentalize relations with Turkey; to maintain the status quo in Syria while trying to work on issues where there is common ground. This, however, is not accepted by Ankara. As Turkey sees it, it faces an existential threat from northern Syria, and it expects the U.S. to side with Turkey, not with its enemies.

Meanwhile, the U.S. has the same expectation on Turkey. Turkey’s purchase of the S-400 air defense system from Russia, a decision that came right after the coup attempt in 2016, was in part a compensation for Turkey’s 2015 downing of a Russian fighter plane on the Turkish-Syrian border. In response, the U.S. expelled Turkey from the joint production program of the F-35 fighters, depriving it of the ability to upgrade its air force to the fifth-generation fighter jets.

Turkey’s purchase of S-400s has never been hailed by Turkish independent experts. Yet, there is a general belief that the U.S. has not shown any enthusiasm in selling Patriots to Turkey and has done too little, too late, to provide an air defense system at a time when Turkey felt particularly vulnerable. In fact, when Turkey perceived a threat in 2013 from Syria, it turned to its NATO allies and the U.S. was among those who sent Patriots for deployment in Turkey. The unexpected decision in 2015 to withdraw U.S. Patriots was another American decision that has left a mark in Ankara.

The honeymoon between Athens and Washington has added a new irritant to Ankara’s relations with Washington. In the eyes of Ankara, the U.S. has dropped its traditional equidistant attitude to decades-long Turkish-Greek problems. As Erdoğan’s and Turkey’s image as an unreliable ally consolidated, Greece did not miss the opportunity to propose replacing Turkey in NATO’s eastern front by giving a blank check to Washington on military cooperation. The expansion of military bases and the increased deployment of U.S. soldiers and weapons are being presented by Greece as deterrence against Turkey. Privately, Washington reassures Ankara that its military presence targets Russia. Ankara has called on U.S. officials to make these assurances public, a call that until recently had fallen on deaf ears. This has given the likes of retired rear admiral Cihat Yaycı the ammunition to claim that the U.S. is trying to encircle Turkey and seeks to provoke a war between Ankara and Athens in order to expel Turkey from NATO. In a recent interview, the U.S. ambassador to Turkey stated that the reinforcement of Greece is not aimed against Turkey. Yet the belated public clarification will not necessarily assuage Turkey’s concerns.

However, the Biden administration does appear to be in favor of selling Turkey 40 F-16s as well as modernization kits for 80 warplanes without any strings attached. The $6 billion arms deal will be a new stress test for relations between Ankara and Washington. Amendments introduced in the House of Representatives attaching strings to the sale of F-16s – one of which required “concrete steps taken to ensure that “F-16s are not used by Turkey for repeated unauthorized territorial over flights of Greece”—were dropped from the Senate version of the annual U.S. defense spending bill.

CONCLUSIONS: The Turkish public is continuously reminded that the U.S. is supporting an offshoot of an organization – the PKK – that is seen as an existential threat and siding with Greece against Turkey. While the U.S. administration has adopted a policy of strategic indifference or strategic patience toward Turkey, awaiting the outcome of the presidential election next year, foreign policy is turning into an electoral asset for President Erdoğan. The balancing act between the West and Russia that Turkey has been pursuing during the war in Ukraine is widely appreciated by the Turkish public, and the international stature that Erdoğan has gained as a mediator in the conflict – most recently persuading Putin to abide by the agreement allowing grain to be exported from Ukraine – is a source of national pride that no opposition candidate will be able to match.

U.S. policy makers need to be cognizant that the more the confidence gap between Ankara and Washington persists, the more it will benefit Russia that is set to use it to advance its own interests.

Barçın Yinanç is a foreign policy columnist at the Turkish news site t24.

More in this category: « Demirtaş, the HDP and the Kurdish political movement’s struggle for relevance A “Pipe Dream?” The Prospects of Turkey as a Hub for Russian Natural Gas »
back to top