In the Grip of the State: Can Turkey’s Democrats Surmount State Nationalism? Featured 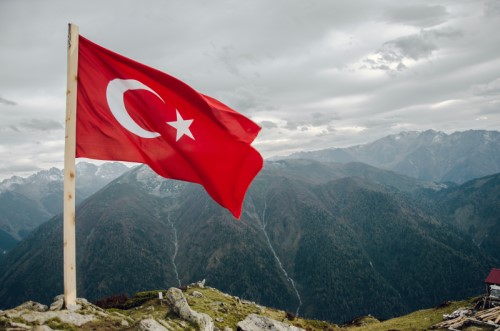 BACKGROUND: In a statement on January 11, Devlet Bahçeli, the chair of the far-right Nationalist Movement Party (MHP) asked the Supreme Court of Appeals´ Chief Public Prosecutor’s Office to file a closure case against the left-wing and pro-Kurdish Peoples’ Democratic Party (HDP), which is Turkey’s third largest party, with six million votes. The chair of the MHP vowed that his party would “do what is necessary,” pursuing other legal means to shut down the HDP, were his demand not heeded.

Bahçeli claims that the HDP sponsors “terrorism” and that the pro-Kurdish party is a “host to separatism.” The left-wing HDP, which has its main base among the Kurds but is supported by Turkish leftist democrats as well, has borne the brunt of a massive crackdown by the Turkish state since 2016. Seven members of parliament, dozens of mayors and at least six thousand other party members have been imprisoned, accused of terrorism. The former co-chairs of the party, Selahattin Demirtaş and Figen Yüksekdağ have been incarcerated since 2016 and face life sentences if found guilty.

President Recep Tayyip Erdoğan and his Islamic conservative Justice and Development Party (AKP) depend on the support of Devlet Bahçeli and the MHP to remain in power. Although not formally coalition partners, the AKP and MHP are aligned in a “People Alliance” and Bahçeli has played a critical role in the consolidation of the authoritarian regime the last five years, notably taking the initiative to the introduction of the presidential system. Indeed, Bahçeli is the driving force behind the evolution of the regime from Erdoğan’s authoritarianism to full-blown fascism.

Turkish and international observers have until recently failed to take the full measure of Bahçeli’s importance, treating him as the “junior partner” of Erdoğan, overlooking that Bahçeli is the political front-figure of the state establishment and that all his demands are invariably met. Ominously, the MHP leader has called for the indictment of Kemal Kılıçdaroğlu, the chair of the main opposition Republican People’s Party (CHP), and he recently defended the mobster Alaattin Çakıcı – who was released from prison upon Bahçeli’s request – after he threatened Kılıçdaroğlu, calling him his “comrade-in-arms.”  When the former AKP deputy Prime Minister and speaker of the parliament Bülent Arınç, a confidant of Erdoğan and a member of his presidential council, in November 2020 called for the release of Selahattin Demirtaş and the human rights activist Osman Kavala, Bahçeli branded him an “abettor of treason” and Arınç was forced to resign from the presidential council.

Befitting a leader whose first name is State (Devlet in Turkish) Bahçeli gives voice to the die-hard nationalist, militarist-expansionist mentality that is deeply entrenched in the Turkish state. The MHP has been organically linked to Turkey’s notorious deep state since its founding in 1969, when it was launched as a strike-force against the left: the founding leader of the party, Alparslan Türkeş, was a former counter-insurgency officer, and the security forces looked the other way when the militia of the MHP killed thousands of leftists in the 1970s. Bahçeli succeeded Türkeş who died in 1997. His decision in 2002 to quit a crumbling coalition government and his call for an early election that brought the AKP to power, proved to be crucial. Though in opposition to the AKP for more than a decade thereafter, Bahçeli has since 2015 enjoyed a unique opportunity to stamp his mark on the AKP’s policies. Between 2013 and early 2015, to the dismay of Bahçeli, Erdoğan had pursued a “Kurdish opening” and conducted indirect negotiations with Abdullah Öcalan, the imprisoned leader of the Kurdistan Workers’ Party (PKK). Now, Erdoğan has embraced Bahçeli’s chauvinist nationalism.

IMPLICATIONS: Erdoğan, ever the pragmatist, did so because he needed Bahçeli and the force behind him to stay in power. But it would be a mistake to conclude that this amounted to an ideological concession for Erdoğan. Not only does Erdoğan draw legitimacy from chauvinist nationalism, it also comes naturally to him, rooted as it is in the “Turkish-Islamic synthesis” that right-wing ideologues elaborated in the 1970s when the Islamists and the far right united against the left. Yet even though Erdoğan depends on the support of Bahçeli and the deep state, it is conversely also true that the deep state’s vehicle, the MHP – which according to recent surveys is supported by less than ten percent of the electorate – owes its oversized influence to the fact that Erdoğan has chosen to join hands with the state.

Having the MHP as an overlord has been a source of lingering dissatisfaction in the AKP, but the deterioration of the Turkish economy, with large sections of society being driven to poverty, and a steady loss of support for the AKP, is causing more serious tensions in the alliance. Cognizant that Turkey needs to attract foreign capital and that improved relations with the United States and the European Union are indispensable for economic recovery, Erdoğan has in recent months been holding forth a reform of the judiciary, which encouraged Arınç to call for the release of Demirtaş and Kavala. Notwithstanding that Erdoğan is merely attempting to give the regime a democratic makeup, Bahçeli and his backers are unyielding and intent on keeping the president in line. Bahçeli’s call for the closure of the HDP is an attempt to undermine the credibility of Erdoğan’s talk of reform. Erdoğan obliged Bahçeli when he sacrificed Arınç, but he resists a closure of the HDP; he is content with having it finished off politically by criminalizing its elected representatives as terrorists. This also prevents the broad opposition from forming a united, democratic front.

Three opposition parties – the centrist CHP, the right-wing nationalist Good Party and the Islamist Felicity Party – are joined in a “Nation Alliance.” But these parties cannot prevail against the AKP-MHP alliance without the HDP. The Kurdish vote was crucial in the 2019 municipal election in Istanbul, which the opposition carried. Yet even though the HDP ought to be included in a democratic alliance worthy of its name, the parties of the Nation Alliance, and especially the Good Party, are extremely averse to the pro-Kurdish party, not without cause fearing that the accusations of Bahçeli and Erdoğan that they are “terrorists” or “supporters of terrorism” will have dire consequences at the ballot box. This is the dilemma of the Nation Alliance: it cannot win without the HDP, but at the same time any association with the pro-Kurdish party will come at a high price.

But the parties of the opposition alliance refuse to embrace the HDP also because state nationalism is inscribed in their own genetic codes. While the Good Party is a splinter party from the MHP that remains wedded to the same ideology as the MHP, statist-nationalism remains equally strong among the base and leadership of the CHP as well, in spite of the attempts of the party to reform and change. Disgruntled nationalists in the CHP accuse the party of having become too liberal, and several members of parliament are threatening to resign from the party. Yet the CHP does not hesitate to line up alongside AKP and MHP in defense of the red lines of the state and to protect what is deemed the “national interest.” The view that the state is a superior entity, to which individuals and society owe allegiance, prevails not only among the right-wing of Turkish nationalism that Devlet Bahçeli represents but also among the Kemalist faction of the Turkish left.

CONCLUSIONS: The fear that an alliance of democracy, including the HDP, would be punished at the ballot box is not unfounded; it is a fact that Turkish voters have historically been swayed by the inflammatory, xenophobic rhetoric of right-wing populists. Yet to stand a chance, the parties of the opposition themselves first need to internalize democracy, transcend statist nationalist preconceptions, and embrace the Kurdish population.

Faced with the imminent threat of fascism, the parties of the Turkish opposition must sooner or later recognize that it will be their turn next and that the western parts of Turkey cannot and will not remain democratic when the eastern, Kurdish part of the country is under the rule of dictatorship.

The challenge that Turkey’s democrats face is daunting, but not impossible to meet: the popular discontent that simmers across Turkey offers a ground for a mass mobilization for democracy. Conversely, the societal discontent could embolden the opposition parties. Notwithstanding disheartening obstacles, the challenge, difficult as it is, must still be assumed.

Oya Baydar is a sociologist and writer. She is a regular contributor to the Turkish news site t24.

More in this category: « The Boğaziçi Protests and the Politics of Fear Has Turkey Outfoxed China in Azerbaijan to become a rising Eurasian power? »
back to top