A New Prospect for Cyprus: Can the Conflict End Without Reunification?

There may finally be ground for a resolution of the Cyprus conflict, as the Turkish government may be ready to cut the knotted puzzle instead of spending time to solve it. The  political disunity in Turkish northern Cyprus, the economic calamity in Greek Cyprus and the exploration of rich energy resources in Cypriot territorial waters have enlarged  Turkey’s room of maneuver, encouraging the Turkish government to pursue a  Cyprus policy that is no longer focused on a  scenario of reunification.  Ankara has come to view the future of Cyprus in a broader Eastern Mediterranean perspective.  Turkey does not seek diplomatic success over the “Cyprus case”. It is running after bigger spoils, but to be successful, Ankara will have to entice the Greek Cypriots to embrace a similarly pragmatic approach. 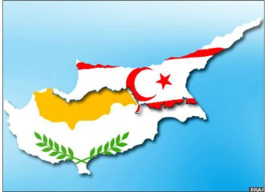