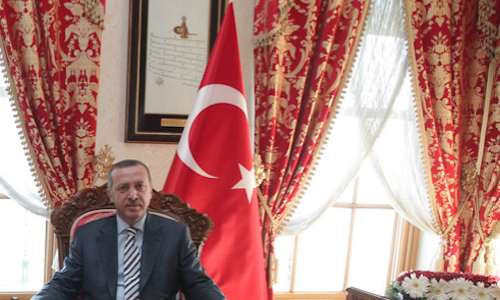 BACKGROUND: Since coming to power in 2002, the Justice and Development Party (AKP) has gone further than any previous Turkish government in seeking to solve Turkey’s Kurdish conflict by negotiating with the Kurdistan Workers’ Party (PKK) and offering increased Kurdish cultural rights. Yet at key moments the AKP government has concluded that  – in addition to a host of other concerns – securing a lasting agreement would require taking steps that would alienate a crucial constituency of nationalistic Turkish voters, without securing any corresponding gains among Kurds. Indeed, this seems to have been a valid concern. The challenge for the AKP has been how to make peace without losing votes.

In 2008-2009 both the Republican People’s Party (CHP) and the Nationalist Action Party (MHP) forcefully criticized the “Kurdish opening” of the government. Then, between June and November of 2015, the AKP increased its share of votes at the expense of the MHP after the government abandoned the solution process with the PKK and the war against the Kurdish militants was re-launched.

Now, following a year of combat, the AKP government appears to believe that it has the upper hand. By pressing its advantage, therefore, it hopes to eventually compel the PKK to make peace on more favorable terms, ones that will be better for the state and more palatable to voters. Central to this plan, though, are two optimistic assumptions: first that the ongoing conflict is undermining support for the PKK in southeastern Anatolia, and second that through diplomatic and military measures – including rapprochement with Russia and the military intervention in Syria – Ankara is weakening the Kurdish position in northern Syria.

The validity of both assumptions, however, remains in doubt. Certainly, the PKK’s willingness to resume fighting in the summer of 2015 after a period of relative calm – and particularly doing so in a way that led to the destruction of many predominantly Kurdish cities – has generated deep anger within the affected Kurdish population. But this will do little to help the Turkish government win hearts and minds so long as many Kurds remain even angrier at the abuses the government itself has committed. The recent dismissal of twenty eight elected mayors from the pro-Kurdish Peoples’ Democracy Party (HDP) and the pending law cases against a number of its parliamentarians, risk bestowing newfound legitimacy on the PKK in the eyes of skeptical supporters.

Similarly, in Syria, there seem to be limits to the advantages that Ankara can secure. Turkey’s military intervention, occurring alongside increased cooperation from both the United States and Russia, has prevented the Kurdish Democratic Union Party (PYD), an ally of the PKK, from expanding or uniting the territory it currently holds. Yet this still leaves the group in control of a considerable stretch of Turkey’s southern border, with the political and military resources to ensure that neither the Syrian regime, nor Turkish supported rebels or the Turkish army can easily dislodge them.

Thus while the PKK has allegedly expressed its willingness to return to the negotiating table on several occasions in recent months, it also appears sufficiently confident that it would not have to significantly modify its demands once there. Tellingly, the group’s leaders continue to threaten escalation as well. Following several high-profile bombings over the past year that killed scores of civilians in Istanbul and Ankara, a representative of the Kurdish militants, Cemil Bayık, this summer warned of a more sustained effort to take the war to western Turkey.

A terror campaign of this sort would carry considerable political risks for the PKK, undermining what international legitimacy it has achieved in the fight against ISIS and making the hostility against it in Turkey even more insurmountable. Nonetheless, the economic and humanitarian consequences for Turkey would also be severe, making it a strategy the PKK might be prepared to deploy before being forced into what is now considered unacceptable concessions in any future negotiations.

IMPLICATIONS: However confident the Turkish government currently is in its ability to fight its way to peace on better terms, escalating violence, or even a continued, destabilizing stalemate could eventually make renewed negotiations on less favorable terms seem like the more pragmatic option. How, then, would the government respond to the widespread nationalist anger prompted by such a move? In the wake of the coup attempt, President Erdoğan has sought to demarcate the role of a loyal, not to say cowed and obedient, opposition for the CHP and MHP to fill. Stepping outside of this proscribed role by criticizing the government too harshly is likely to invite a harsh response, but the response will only prove harsher to the extent opposition criticism actually resonates with the public.

Resuming any sort of peace process with the Kurdish nationalist movement, much less seeking to implement any of the steps involved in bringing such a process to a successful conclusion, would open a uniquely effective line of attack against the government. Anger toward the PKK is intense across Turkey’s political spectrum, making it easy for opposition parties to capitalize on any seeming concessions to the group or its ideological allies as a target for criticism. With the loyalty of his committed supporters and much of the country’s media, Erdoğan would certainly bring a considerable percentage of the electorate around to any path he chooses to pursue. But, as shown in the general election of June 2015, when the AKP lost its parliamentary majority, that percentage alone falls short of an electoral mandate.

The damage being done to Turkey’s democratic institutions risks being further deepened, were a renewed peace process to reinvigorate the nationalist opposition, prompting the government to respond harshly. The last several months have revealed the full range of tools the AKP government has at its disposal to target opponents. So far though, they have been largely directed against those accused, however implausibly in many cases, of having links to the Fethullah Gülen movement or the PKK. The more forcefully these same measures are eventually directed against Turkey’s other opposition parties, the more hollow and purely symbolic the country’s parliamentary process will become.

The current contradiction between public sentiment and peace was by no means inevitable. When the “Kurdish opening” was launched in 2009, both the government and the opposition could have done more to lead public opinion toward peace rather than being led by it in the opposite direction. Now, however, after emotions have been inflamed and hardened by the renewed, heavy fighting since last summer, avoiding the dual risks of continued conflict and a dramatically intensified crackdown against Turkey’s remaining opposition has become much more difficult.

For Erdoğan, then, if the victory he is seeking against the PKK proves elusive, the best course forward would likely involve reaching an understanding with the group, tacit or privately negotiated, to prevent violence from escalating to a more catastrophic and destabilizing level. From a political perspective, achieving this without the controversy engendered by a formal return to the peace process would make it easier for Erdoğan to keep the nationalist opposition parties CHP and MHP in line through a mix of consensus and coercion rather than outright suppression.

It remains to be seen how amenable President Erdoğan’s opponents would be to such an outcome, though. If the PKK sets out to aggressively target Turkey’s economy and stability in the hopes of toppling or at least discrediting the AKP, it might not advance its own political or even military aims. And were the Turkish nationalist opposition parties, in turn, to take a more defiant and effective stance even in the absence of a renewed peace deal, they would likely face a concerted and heavy-handed response from the government, which would in all likelihood have destabilizing effects.

CONCLUSION:  To secure a lasting settlement with Kurdish insurgents the Turkish government would almost certainly fall back on repressive means to suppress the inevitable opposition from Turkish nationalists. To preserve the Turkish nationalist consensus that has emerged in the wake of the coup, by contrast, would require continued conflict with the PKK. Perhaps most likely, then, President Erdoğan will seek a middle path, trying to keep both conflict and repression from reaching destabilizing levels. Consequently, Turkey’s stability now hinges on how successful the government is in maneuvering along this narrow path, and on how its opponents respond.

While the concern that both peace and democracy will prove elusive for Turkey in the coming years is widespread, it is important to recognize the tension that now exists between the two. In the long term, Turkey’s prospects for re-emerging as a more peaceful and democratic state hinge on how violent and autocratic it becomes in the short term. And this, in turn, depends on how much violence and autocracy Erdoğan and his government believe keeping control requires. Given Erdoğan’s ability and commitment to maintain his hold on power, the more effective resistance he faces – be it parliamentary or violent – the more destabilizing the consequences will be. Concurrently, the more successful Erdoğan is in navigating between PKK violence and anti-Kurdish Turkish nationalism, the more likely Turkey is to experience stable authoritarianism instead of descent into chaos.

More in this category: « The Turkish Armed Forces Restructured The “Logic” of Turkey’s Repression »
back to top