Unrest is Breeding among The Alevis

Recent developments demonstrate that the historical quietude of the Alevi minority in Turkey now belongs to history, and make abundantly clear that the risk of radicalization cannot be ignored. As the Turkish government is not demonstrating any intention to meet the demands of the Alevis to be treated as equal citizens, enjoying the same rights as the Sunnis, the unrest that is breeding among the Alevis is likely to grow. That is especially so as the Alevis have increasingly come to see what is happening in Syria as being connected to their own situation, and are interpreting the Sunni, sectarian bent of Turkey’s regional policies as an expression of a Sunni determination to punish “heretics”.

BACKGROUND:  On September 8, 2013, police and inhabitants of the Tuzluçayır neighborhood in Ankara clashed for several hours. The police, as has become its preferred tactic in the face of expressions of societal discontent, clamped down violently on protesters who vented their anger against the construction in their neighborhood of a joint mosque-Alevi house of worship (“cem house”) complex. The construction of the complex was officially inaugurated on September 8 in a ceremony that was attended by labor minister Faruk Çelik and the head of the Alevi Cem Foundation, İzzettin Doğan, who is one of the two partners of the project. The other partner, who was not present, is the Muslim preacher Fethullah Gülen whose movement will shoulder the main financial burden of the project.

The idea of building a joint complex of worship for Sunnis and Alevis, a syncretistic Muslim sect that has connections to Shiite Islam, and who are estimated to make up around fifteen percent of the population of Turkey, originally emanated from the head of the Cem Foundation, with Fethullah Gülen subsequently offering his blessing and support. After the eruption of the wave of protests that shook Turkey in early summer, Gülen pleaded for the need to defuse tensions in Turkey. His followers describe the joint mosque-cem house project as an “extended hand” from the Sunnis to the Alevis, and several of the community leaders who profess to speak in the name of the Alevi community have adhered to this vision and have hailed Gülen’s initiative. However, there are other Alevi representatives who have taken a much less benevolent view of the initiative. The protesters in Tuzluçayır , who numbered hundreds, were Alevis who charge that the joint mosque-cem house project is in fact an expression of a Sunni desire to assimilate the Alevis into the Sunni mainstream.

The Alevis have historically been treated as “heretics” by the Sunnis and their faith is still not officially recognized by the Turkish state. The presence of the labor minister at the ceremony notwithstanding, the government of the Justice and Development Party (AKP) continues to stick to what has been the official stance of the Turkish state since the founding of the republic, that Alevis do not constitute a separate creed, and the Turkish state consequently refuses to recognize their houses of worship as such. The requests of Alevi associations to construct houses of worship are regularly turned down by municipalities across Turkey.

The Alevi religious elders, so called “dedes “, who have taken a suspicious view of the joint initiative of Gülen and the Cem foundation maintain that Alevis in fact do not have any sectarian issue with the Sunnis; there is no need to bring Alevis and Sunnis together in this way, they say, since Alevis do not harbor any bad feelings against the Sunnis anyway. What the Alevis do have, they point out, is instead an issue with the state; in this view, what is needed is not so much a meeting place where inter-faith dialogue would be encouraged as official recognition by the state that enshrines the equality of the Alevis as citizens.

That would entail a change of the school curriculum and of the organization of the state directorate of religious affairs that employs mosque preachers; the directorate attends only to the needs of the Sunnis, and children from Alevi families are forced to attend the compulsory classes in Sunni Islam. The rulings of the European Court of Human Rights (ECHR) in cases that Alevis have brought and won against Turkey on grounds of discrimination have been systematically ignored by the AKP government. The ruling of the ECHR that Turkish identity cards violate the freedom of conscience as Alevis cannot identify themselves as such has not been acted upon. The ECHR has also ruled that religion classes in schools that teach only Sunni Islam and from which Alevi students are barred from seeking exemption violates the freedom of conscience; neither is there any indication that the AKP government intends to remove the compulsory religion classes in line with the ruling of the ECHR. 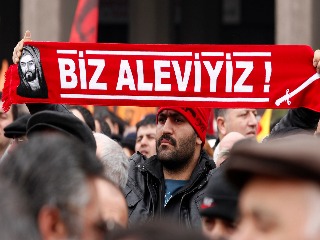 IMPLICATIONS: Alevis have historically kept a low profile, silently enduring discrimination, oppression, and pogroms. Tens of thousands of Kurdish Alevis were killed in the province of Dersim in eastern Anatolia during the last years of the rule of Kemal Atatürk, by the Turkish army and air force. In December 19-26, 1978, hundreds of Alevis were massacred in a pogrom – which in all evidence was instigated by forces within the state – in the city of Kahramanmaraş. In the past two years, the government has denied Alevis permission to hold commemorations for the Kahramanmaraş massacres. The latest killings of Alevis date to the 1990s. The Alevis, however, are now abandoning their traditional quietude.

Traditionally, Alevi discontent has been expressed through participation in parties and organizations of the left; from the 1990s onward, however, the trend among the Alevi community has been toward a more unambiguous manifestation of the Alevi identity. And the recent signs are that Alevis are becoming more vocal in their demands for equality. The protests in the Tuzluçayır neighborhood of Ankara against the joint Sunni-Alevi place of worship project are but the latest sign that unrest is breeding among the Alevis.

That unrest was most forcefully manifested in the protests in Istanbul and across Turkey in June. In fact, a very substantial portion of the protesters appear to have been Alevis. Although there can be no exact estimate of their share of the protesters, it was nonetheless evident that there was an overrepresentation of Alevis among the ranks of protesters. An indication of this is the fact that all five persons that were killed by the police were Alevis; obviously, this does not mean that the police was deliberately targeting Alevis, but it does speak of their overrepresentation. The Gazi neighborhood in Istanbul, which is home to Alevis, was a particular hotbed of unrest, as was also those cities in Anatolia – most notably in the Hatay province which borders Syria – where Turkish and Kurdish Alevis – and Arab Alawites – make up a significant part of the population.

Indeed, the civil war in Syria, in which Turkey is deeply involved as one of the principal regional sponsors of the Sunni rebellion against the Alawite-dominated regime of Bashar al-Assad, is one reason why Alevis are becoming more vocal in expressing their longstanding grievances at this juncture. Although the Alevis are distinct from the Alawites, they have nonetheless reacted with anger against the support that the AKP government lends to the Sunni rebels in Syria; from an Alevi perspective this fits into a historical pattern of Sunni oppression of “heretics”. And the Turkish government does not seem to be bothered that it is creating the impression that sectarian, Sunni impulses are driving its Syrian policy; on the contrary, it seems to be intentionally seeking to alienate and provoke the Alevis.

In May, the government announced that the third bridge to be built across the Bosporus in Istanbul is going to be named after Sultan Selim the Grim, a 16th century Ottoman sultan who massacred Alevis in Anatolia; the decision was met with protests from the Alevis. On June 18, President Abdullah Gül acknowledged the sensitivities of the Alevis and proposed that the next major building project be named after a historical Alevi figure. Fethullah Gülen went further than the cautious Gül; Gülen warned against tearing down bridges between the religious communities “for the sake of the name of a bridge” and sounded a bell of alarm against fomenting new enmities. Indeed, it was in this context of growing anxiety – also among more moderate Sunni conservatives – over the effects of sectarian tensions that Gülen launched the initiative of a joint Sunni-Alevi worship project. 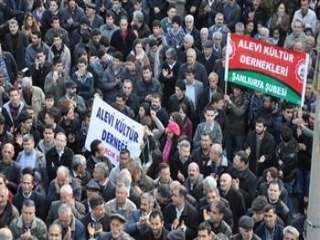 CONCLUSIONS:  As the ruling AKP is not demonstrating any intention to meet the demands of the Alevis to be treated as equal citizens, enjoying the same rights as the Sunnis, the unrest that is breeding among the Alevis is likely to grow. That is especially so as the Alevis have increasingly come to see what is happening in Syria as being connected to their own situation, and are interpreting the Sunni, sectarian bent of the regional policies of the AKP government as an expression of Sunni intransigence and determination to punish “heretics”. Recent developments have demonstrated that the quietude of the Alevis now belongs to history, and make abundantly clear that the risk of radicalization cannot be ignored.

More in this category: « Could Class Dynamics Bring Back Moderation to Turkey? One Step from the Brink: Turkey's Kurdish Peace Process Edges Closer to Collapse »
back to top