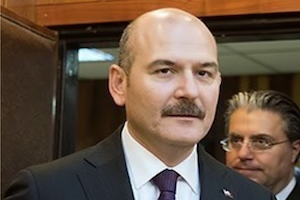 BACKGROUND: On July 9, 2018, Turkey formally exchanged its parliamentary system for an executive presidential one. In the run-up to the April 16, 2017 constitutional referendum approving the change, President Recep Tayyip Erdoğan had argued that the transition would ensure political stability and enable the government to make decisions more quickly and more effectively, without becoming mired in laborious and fractious parliament procedures. Implicit in this narrative was the promise that the more he was personally responsible for the making and implementation of policy, the better and more efficiently the country would be run.

In the years preceding the referendum, particularly after the coup attempt of July 2016, Erdoğan had become not only more authoritarian but also increasingly autocratic. As a result, Turkey arguably already had a de facto executive presidential system even before it had one de jure. Decision-making had become de-institutionalized in what often appeared to be a process of systemic self-decapitation as the president and a small circle of trusted confidantes formulated policies in isolation from the accumulated expertise in the other echelons of the apparatus of state. The expectation was that the transition to a de jure executive presidency would be accompanied by institutional restructuring that would reintegrate the apparatus of state under Erdoğan’s control. Indeed, shortly before the June 24, 2018 parliamentary and presidential elections that preceded the introduction of the new system, Erdoğan announced that it would include nine advisory committees, each of which would be responsible for a specific policy area and whose meetings he would chair himself – although it was October 2018 before Erdoğan finally filled the committees with members. According to the diagrams published in the pro-government media at the time, the committees would form a distinct layer in the apparatus of state, positioned midway between the presidency and the various government ministries – and be responsible for helping Erdoğan shape policies while the ministries would be charged with implementing them.

Although the new system enables the president to issue decrees with the force of law, parliament has retained its legislative functions and, in the event of any conflict between what are now two sources of legislation, it is – in theory at least – parliament that takes precedence. As a result, in order to rule effectively, Erdoğan still needs the support of a majority of the members of parliament, not least to prevent it from counteracting his decrees. Thus, when Erdoğan’s Justice and Development Party (AKP) failed to secure a parliamentary majority on June 24, 2018, it had to form a coalition in everything but name with its electoral ally, the Turkish ultranationalist Nationalist Action Party (MHP).

Nor has the transition to an executive presidency produced better governance or increased political stability, much less led to a re-institutionalization of decision-making. In fact, the opposite has happened, as was graphically demonstrated by the debacle that led to Soylu’s decision to resign.

After patiently eroding the old regime’s grip on power during the AKP’s first decade in office, in recent years Erdoğan has eschewed long-term strategies and focused on trying to achieve short-term results – even if the medium- and long-term costs appear likely to outweigh any initial benefits. After the first Covid-19 case in Turkey was officially diagnosed on March 10, 2020, both the political opposition and many in the AKP called for the imposition of a complete lockdown. Erdoğan refused, apparently fearful of the impact that the subsequent sharp decrease in economic activity would have on his popularity – and despite a number of studies which suggest that countries which impose swift lockdowns not only significantly reduce the spread of the virus but emerge more quickly and more strongly from any economic downturn.

Despite Erdoğan’s repeated claims that the situation was under control, through late March and early April even the government’s official figures were showing a steep rise in Covid-19 infections. With sunny weather forecast for the weekend, at 10 pm on Friday, April 10, 2020, the Interior Ministry abruptly announced a 48-hour curfew in the 31 largest population centers in the country, starting from midnight. It was not until 10.45 pm that a tetchy Soylu appeared on the pro-government CNNTurk television channel to refute rumors that the curfew might be extended beyond midnight on April 12. It was too late. Panicked by the prospect of being unable to buy food, hundreds of thousands of people had already taken to the streets, crowding into whatever stores remained open – and, in their desperation to make purchases before the stores closed, ignoring the government’s strictures on social distancing and thus almost certainly accelerating the spread of the virus.

Soylu’s attempts to absolve himself of responsibility for the fiasco by telling pro-government journalists that he had only been implementing Erdoğan’s orders merely made his position more untenable. On the evening of April 12, Soylu took the unprecedented step of announcing his resignation on Twitter, accompanying it with an emotional declaration of loyalty to the president – and prompting a flood of messages from AKP voters on social media calling for Soylu to be reinstated. Doubtless aware that accepting Soylu’s resignation would be tantamount to punishing for carrying out orders, Erdoğan told him to reconsider and Soylu duly complied.

IMPLICATIONS: Hemşehrilik, the concept of self-identification through association with a perceived place of origin in Anatolia, has long been one of the most powerful bonding forces in Turkish society, often overriding other differences even among second or third generation migrants to the country’s metropolises. As he has grown in power, Erdoğan has increasingly distanced himself from those who played important roles in the AKP during its early years and surrounded himself with old acquaintances from before the party was founded in 2001 and relative newcomers – including many who, like the Istanbul-born Erdoğan himself, self-identify as coming from the eastern Black Sea region. It is not a coincidence that the two most powerful politicians in Turkey today after Erdoğan – Soylu and Finance and Treasury Minister Berat Albayrak – are both relative newcomers to the AKP and both self-identify as coming from the eastern Black Sea. For the latter, his position is underpinned by his father Sadık Albayrak being a long-time friend of Erdoğan’s, a relationship which facilitated Berat’s marriage to the president’s eldest daughter Esra.

Yet the quality that Erdoğan values above all in his subordinates is acquiescence to his will – with the result that he has surrounded himself with individuals chosen primarily for their personal loyalty rather than their competence. The results have been striking. By late April 2020, Erdoğan had issued the 60 presidential decrees since July 2018. On a few occasions, these were decrees removing the legal prerequisites for a particular position in order to allow the appointment of a personal favorite who failed to meet these criteria -- and then re-imposing them once the appointment had been made. However, more than half were issued to correct errors or omissions in previous decrees.

The presidential advisory committees have been meeting, some relatively frequently, others considerably less so. But these meetings are rarely chaired by Erdoğan and often occur in the old presidential palace in the Çankaya district of Ankara, 18 miles (28 kilometers) from the sprawling complex that Erdoğan built for himself and now occupies in Beştepe on the other side of the city. Critically, neither the place of the committees in the government hierarchy nor the rights and authorities of individual members – such as their ability to issue requests or orders to other elements in the state apparatus – have been clearly defined. When added to the opacity of the decision-making processes in Erdoğan’s inner circle, the result has been even more confusion and uncertainty than before the transition to the executive presidency. For example, businesses complain that they often learn of new regulations only when they are promulgated. Even when drafts are initially drawn up in relatively transparent parts of the state apparatus -- such as ministries – and businesses can begin to prepare for them, the regulations then disappear into the presidential palace before reappearing some time later, often in radically altered form, when they are suddenly published in the Official Gazette.

As demonstrated by the debacle of the announcement of the curfew on April 10, the ability to implement decisions quickly can be a liability rather than an asset. While the combination of Erdoğan’s own extreme self-confidence – which his followers often mistake for courage – and the dearth of expertise informing policy decisions is leading to a growing number of errors and miscalculations. Nor are they only exacting political and economic costs. For example, there are many in the Turkish apparatus of state – and not only in the country’s military – who would have known that Turkish ground troops should not have been deployed to the Syrian governorate of Idlib in February 2020 to try to deter Russian air strikes without themselves being provided with adequate protection against attacks from the air. At least 35 Turkish soldiers were then killed in a targeted Russian air strike on February 27, 2020.

CONCLUSIONS: One of the advantages for Erdoğan of promoting relative newcomers to positions of power is that – initially at least – they tend not to have support bases of their own, and are thus even more dependent on him. From this perspective, and despite Soylu’s effusive expressions of fealty, the outpouring of support from AKP supporters on social media for Soylu when he announced his resignation should be a cause for concern for Erdoğan. It was also a major setback for Albayrak, who has long been engaged in a bitter rivalry with Soylu for influence within the AKP. Indeed, given the resentment with which he is regarded by many in the AKP, it is difficult to imagine a similar reaction if it had been Albayrak rather than Soylu who had publicly offered to resign.

Soylu’s often brutally hard-line stance on the Kurdish issue and his appointment of Turkish ultranationalists to a string of key position in the Turkish National Police have also won him many admirers in the MHP and played an important role in cementing its alliance with the AKP. Rather than allowing the MHP to drive government policy, the AKP-MHP alliance – or, perhaps more accurately, given that the AKP is likely to splinter without him, the Erdoğan-MHP alliance – is now closer to a meeting of like minds whose differences are more of degree rather than of substance. Opinion polls also suggest that fluctuations in the respective support for the AKP and the MHP are now mainly the result of movements between the two, rather than either being able to attract voters from other parties. Nor does the transition to an executive presidency appear to have boosted Erdoğan’s popularity. Opinion polls suggest that, despite the control that Erdoğan’s domination of the media gives him over the flow of information to the electorate, the AKP-MHP combined vote is currently running at six per cent less than the 53.7 per cent they won in June 2018.

More in this category: « COVID-19 and the Turkish Economy: Erdoğan Faces His Toughest Challenge Turkey's In-between State of War and Peace with Russia »
back to top