Five Years after July 15: Erdogan’s New Turkey and the Myth of Its Immaculate Conception

Five years after the July 15-16, 2016, failed coup attempt that enabled Turkish President Recep Tayyip Erdoğan to consolidate his authoritarian rule, many of the questions about what happened that night remain unanswered. Nevertheless, the regime’s narrative about the putsch has become the foundation myth for what Erdoğan and his supporters claim is the emergence of a “New Turkey” – the global defender of the world’s Muslims and a regional superpower, which is constantly thwarting Western plots to undermine it. But not only is this narrative deeply flawed but it is clear that the regime is hiding something. The only question is whether it is complicity, incompetence or both. 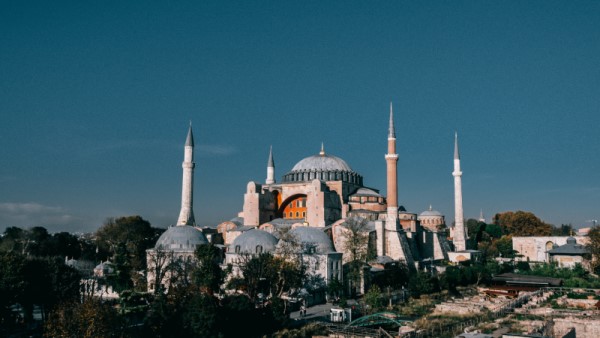 BACKGROUND: The regime maintains – and has convinced the majority of the Turkish public – that the attempted putsch was masterminded by the Gülen Movement with the support of the US in an attempt to prevent Turkey’s inexorable rise to pre-eminence under Erdoğan’s leadership. According to this narrative, the conspiracy was only defeated when, in response to a call from Erdoğan in a FaceTime interview initiated by the CNNTürk television channel, the “Turkish people” took to the streets to confront the putschists and “defend democracy”.

The claim of US involvement in the putsch is absurd – the product of a society perpetually bubbling with conspiracy theories and the regime’s attempts to distract voter attention from its failure to deliver on its promises in the real world, not least in the economy. But there are also other problems with the regime’s narrative. For example, traumatic as they were for many who lived through them, the events of the night of July 15-16 were manifestly insufficient to topple the government.

Initially, the regime claimed that the reason that so few military personnel took to the streets was that the conspirators realized that they had been discovered and brought the time of the coup attempt forward by six hours from 3 a.m. on July 16 to 9 p.m. on July 15. But it has yet to produce any evidence of what was originally supposed to have happened in the early hours of July 16 – and, in order to have any chance of success, it must have been considerably more than what actually occurred on the evening of July 15. Nor does the regime’s narrative include any details of what the putschists thought would happen if the coup had been successful – and no one stages a coup without having a goal for what they want to happen afterwards.

The regime’s failure to provide an answer to the question of the putsch’s missing core is puzzling. Considerably more troubling is its lack of interest in finding the answer. Not only has it refused to conduct a thorough investigation, but it has targeted – including by instigating criminal investigations – journalists and researchers who have tried to do so themselves. Not surprisingly, rather than assuaging any doubts about the regime’s narrative, its attempts to stifle debate have merely further fuelled them.

Over the last five years, the various explanations for what happened on July 15-16 have become grouped into three main categories, namely:

IMPLICATIONS: Neither of the first two scenarios outlined above completely explains all that is publicly known about the events of July 15-16.

There are traces of some form of centralized coordination in the testimonies of the military personnel who took part. Those who have admitted to knowingly participating in the coup invariably state that they believed that it was being conducted by the military hierarchy led by the then Chief of Staff General Hulusi Akar. Those who deny being aware that they were participating in a putsch invariably claim that they were told either that they were taking part in a drill or that they were responding to a terrorist threat. But, although there is considerable evidence that elements in the Gülen Movement engaged in other criminal activities – including, but not confined to, the notorious Ergenekon and Sledgehammer investigations – the regime has not produced any proof that it masterminded the putsch of July 15-16.

In the months leading up to the coup attempt, it was an open secret that the regime was preparing a major purge of alleged Gülenists from the apparatus of state, including the armed forces. The issue was discussed at every Cabinet meeting, where the Defense Minister provided updates on the identification of Gülenists in the military. It is not surprising that some of the Gülenists who had infiltrated the officer corps joined the putsch – not least in the hope of pre-empting the expected purge – but the vast majority did not. Many were on leave, geographically dispersed and apparently unaware that a coup attempt was imminent.

In addition, some of the officers who have admitted participating in the coup – in the belief that it was being led by Akar – are avowed hard-line Kemalists, the Gülenists’ bitterest ideological foes and fierce critics of the Erdoğan regime. But the vast majority of Kemalist officers also appear to have been unaware of the coup plot. Despite the infiltration by Gülenists, Kemalists still accounted for a substantial proportion of the officer corps in July 2016, and probably the majority of its higher echelons. It is unclear why the Gülen Movement would include known Kemalists in the putsch and not deploy more of its own members to try to ensure that it retained control of the coup if it was successful.

People sometimes behave irrationally. It is possible that a small cabal of officers sincerely believed that what happened on the night of July 15-16 was sufficient to overthrow the Erdoğan regime. But the overwhelming majority of members of the military, whether Gülenist or Kemalist, would have known that it was not – and, if it had intended to overthrow Erdoğan in a putsch, the Gülen Movement would have had more than enough time to draw up a plan both for the coup itself and for what was to follow. Yet, as noted above, if it ever existed, this plan is still missing.

Proponents of the second scenario argue that there are a number of indications that the government was directly or indirectly responsible for the putsch. They note that Akar and Hakan Fidan, the head of Turkey’s National Intelligence Organization (MİT), held a very long meeting on the evening of July 14 and a shorter, two-hour meeting in the early evening of July 15. What was discussed at the first meeting is unclear. However, the second meeting is known to have been in response to a report by an army pilot who had informed MİT earlier that afternoon of suspicious military activity in Ankara, which he believed could be preparations for a coup. Akar’s second meeting with Fidan came after he had been informed by telephone of the pilot’s report, following which Akar ordered a soon-to-be-broken ban on all domestic military flights. No other precautions were taken and precisely what was discussed in this second meeting is unknown. Proponents of the second scenario maintain that Fidan and Akar were thus aware of the coming coup attempt – and may even have been stage-managing it – and decided to allow it to go ahead, confident that they could contain it.

The main problem with the scenario of a “controlled coup” is that so much of what happened on July 15-16 appears to have taken the regime by surprise. Indeed, its response was so slow and uncoordinated as to be shambolic. In addition, the messages on a WhatsApp group used by putschists in Istanbul leave no doubt that they, at least, believed that they were participating in a real coup. In addition, when Erdoğan finally appeared on CNNTürk at 12.24 a.m. on July 16 to call his supporters onto the streets, he seemed genuinely frightened.

One of the possibilities in the third scenario is that the regime, probably in the form of MİT, started a whispering campaign in the military that a coup was being planned in order to gauge reactions and flush out not only Gülenists but other potentially disloyal officers – and that the bait subsequently developed a life of its own, with officers opposed to Erdoğan taking responsibility for specific localities or targets in the misguided belief that they were supporting a genuine attempt to topple the government. The other possibility is that, once they had been coaxed into revealing themselves, the disloyal officers would be allowed to attempt a limited and easily containable coup in order to justify the regime’s subsequent crackdown on its critics and opponents – and that, unbeknown to the plot’s originators, others joined the conspiracy, again in the belief that they were supporting, not leading, a genuine putsch. Both of these possibilities are consistent with what is publicly known about the events of July 15-16. But this does not mean that either is true. It is possible that information will eventually emerge that will provide a very different explanation for what happened.

CONCLUSIONS: Few foundation myths can withstand close scrutiny. The Kemalist state, which Erdoğan’s “New Turkey” is designed to replace, had its own foundation myth – in which a discrete Turkish race, sloughing off centuries of Ottoman obscurantism, re-emerged pure and pristine to defeat foreign invaders and reassert its control over its natural homeland. It was a fiction, but one that was inculcated into generations of Turkish schoolchildren.

The foundation myth of the “New Turkey” is also a fiction. Although their numbers increased afterwards, some of the inhabitants of conservative neighborhoods had already taken to the streets even before Erdoğan’s appearance on CNNTürk. Yet it was clear even then that there was no prospect of the coup succeeding and that the overwhelming majority of the security forces had remained loyal to the regime. Instead of urging members of the public to stay at home and leaving the task of suppressing the coup to the security forces, Erdoğan appears to have panicked. Nearly 200 civilians are believed to have died after responding to his call for them to resist the putschists. In some places, they probably accelerated the collapse of the putsch by overwhelming small pockets of resistance. Yet nowhere were they decisive. The civilian deaths were a gift for the regime’s narrative. But the outcome of the coup attempt would have been the same – while considerably fewer lives would have been lost – if Erdoğan had urged his supporters to stay safely at home. With the Erdoğan regime now in manifest decay, its foundation myth also risks coming under threat. Much will depend on the willingness of the regime’s eventual successors to conduct a thorough investigation into what really transpired on the night of July 15-16.

More in this category: « Creeping Shadows: YAŞ, Hulusi Akar and the Spectre of the End of the Erdoğan Era Sedat Peker and the Return of Turkey’s Violent Far Right »
back to top