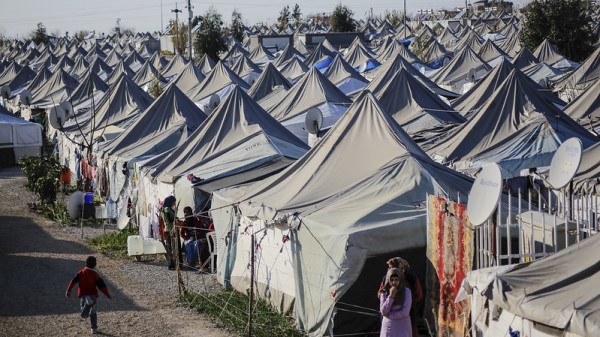 BACKGROUND: On September 12, Turkish foreign minister Mevlüt Çavuşoğlu announced that Turkey is preparing for the repatriation of refugees from Syria. Çavuşoğlu said that it would be neither right nor possible to send refugees back to Afghanistan at the moment, but reminded that Turkey has done so in the past. Turkey hosts 4 million Syrian refugees – making it one of the countries with the largest immigrant population in the world – and the country is facing a fresh influx of refugees from Afghanistan in the wake of the Taliban victory. Official statistics put the number of Afghans in Turkey to 300,000 and Turkish media reports that several hundred Afghan refugees have been entering Turkey each day since early July.

Foreign minister Çavuşoğlu acknowledged that that there is “discomfort in society”. Indeed, according to a recent survey, 21 percent want the Syrians to be sent back immediately while 58 percent want them sent back after an agreement with the Syrian regime. On September 2, Turkey’s ruling Justice and Development Party (AKP) spokesperson Ömer Çelik unequivocally stated that Turkey has “no room for even one more refugee.”

Although many of the Afghan refugees are ethnically Turkic (Uzbeks and Turkmens) and the Syrian refugees Sunnis, easing their cultural integration, tensions between natives and immigrants are nonetheless mounting. On August 11, homes and businesses owned by Syrian nationals in the Altındağ district of the capital Ankara (a neighborhood where immigrants are concentrated), were ransacked by a mob, and Syrians, including children, were attacked in what many observers described as a pogrom.

Historically, Asia Minor, also known as Anatolia, the peninsula that covers 97 percent of Turkey, has been at the crossroads of migrations and a melting pot, but more recent history has left a troubling legacy of nationalism and ethnic violence. Peaceful ethnic coexistence in Anatolia gave way to violence with the disintegration of the Ottoman Empire and as Anatolia was flooded with Muslim refugees from the Balkans and the Caucasus. This was followed by the cataclysmic destruction and deportation of Anatolia’s Christians (Armenians, Greek and Assyrians).

Although the founders of the republic of Turkey based Turkishness not on ethnicity but on cultural affiliation, the new state nonetheless emerged as the country of Muslims of diverse ethnic origins (Turkic, Kurdish, Circassian, Slavic and Greek), all of whom were exhorted by the state to identify as Turks. The attempt to create a culturally homogenized nation state was not unsuccessful, but it also triggered a conflict with the Kurdish minority that has endured. The massive influx of refugees from Syria and Afghanistan presents Turkey with yet another ethnic challenge, and threatens to further reinforce authoritarian nationalism across the political spectrum. Indeed, somewhat surprisingly, it is the center-left opposition of Turkey that has embraced an anti-immigration stance ordinarily associated with right-wing parties in Europe and the United States.

Kemal Kılıçdaroğlu, the leader of the main opposition Republican People’s Party (CHP), which is officially social democratic and a member of the Socialist International, recently vowed that the Syrian refugees will be sent back when his party comes to power – a prospect which recent opinion surveys suggest may not be wholly unlikely. In August, the CHP launched an anti-immigration campaign under the slogan “Border is honor,” demanding that Afghans fleeing the Taliban takeover of their country be prevented from reaching Turkey via Iran. Many left-wing intellectuals were incensed, with one charging that "The border is honor' is a slogan that would only suit the Nazis." But according to the polls, anti-immigration is in fact particularly strong among left-leaning voters. One reason for this may be that leftist voters in Turkey also tend to hold strongly secularist views; indeed, there is widespread concern among these voters that the Sunni refugees from Syria and the refugees from even more religiously conservative Afghanistan will spell the end of secularism in Turkey. Anti-immigrant expressions are widely disseminated on social media and have become common at football stadiums, with fans chanting "I don't want immigrants in my country;” tellingly, it was the left-leaning supporters of the Beşiktaş football club of Istanbul who first introduced this new tradition.

Yet another expression of the xenophobic turn of the officially social democratic CHP was recently provided by the CHP run municipality of the city of Bolu: the mayor of the city decreed that immigrant households will be charged ten times the normal fee for municipal water, a ruling deemed unlawful by legal experts, but which received wide support on social media. Even though the step was condemned by the CHP centrally, there can be no doubt that the anti-immigration stance of the party encourages such extremism.

IMPLICATIONS: While Turkey’s social democratic opposition rides the anti-immigrant wave, the conservative governing party is more circumspect. In his statement on September 12 Foreign minister Mevlüt Çavuşoğlu cautioned against extremist reactions, saying that “it is very wrong to take a racist and fascist view of the issue.” Yasin Aktay, an advisor to President Recep Tayyip Erdoğan, recently pointed out that Anatolia has historically been an immigrant society, and regretted that those who are the descendants of older arrivals have trouble accepting the latest arrivals. And in response to CHP leader Kılıçdaroğlu's vow that the Syrian refugees will be sent back when his party comes to power, President and AKP leader Erdoğan retorted that “As long as we are in power in this country, we will not throw the servants of God who sought refuge in Turkey into the arms of murderers.”

However, in a later statement, Erdoğan for the first time intimated that Syrian refugees who fail to integrate in Turkish society will be repatriated. Erdoğan said that while those who have learned Turkish and improved their professional skills will stay, those who have failed will be helped to return to their home country when the situation there has improved. The Turkish president said that ensuring social harmony “is our responsibility to our own citizens.” Clearly, Erdoğan’s new emphasis – and Çavuşoğlu’s announcement that the government is preparing for the repatriation of the Syrian refugees – are prompted by the rise of anti-immigrant sentiments among the public and the need to adapt to them with a view to future elections.

In fact, the AKP’s pro-immigration stance was never disinterested. The secularist critics of the AKP argue that the party sees immigration from Syria and Afghanistan as a lever for religious conservatism, which indeed may very well be the case. But perhaps more importantly, there is a material reason for the pro-immigration stance of Turkey’s ruling party. In 2017, then Deputy Prime Minister Veysi Kaynak remarked that the work at factories in Turkey would cease if it were not for the unskilled Syrian workers. Indeed, the Syrian refugees have become a non-negligible part of the country’s working class. According to the ILO, the rate of Syrians among all employees in Turkey is 2.9 percent, but their share in construction is 5.4 percent and has reached 7.4 percent in manufacturing.

The vast majority of the Syrian men (71 percent) and a small proportion of Syrian women (11.2 percent) are enrolled in the work-force. Also, the rate of employment among Syrian refugees under the age of 18 is significantly high: according to the ILO, the rate of employment among 15-year-old Syrian immigrants is 66.1 percent, while the rate is high also among children under the age of 15. Textile workshops in the poor neighborhoods of Istanbul are known to exploit Syrian child labor, but the informal work – or put differently, the exploitation of the refugees – is far from limited to small businesses: also medium and large companies employ Syrians illegally, with 32 percent of the Syrians working in companies with more than 20 workers. Notwithstanding growing public hostility to immigrants, Syrians and others have become indispensable for the Turkish economy.

CONCLUSIONS: The AKP is signaling a retreat from generous immigration policies, while the opposition CHP openly embraces anti-migrant sentiments. As a business-friendly party, the AKP was logically wedded to a pro-immigration stance, but the discomfort in society over immigration is increasingly challenging the AKP’s commitment to liberal immigration policies – which was never principled in the first place – and imposing a shift in policy.

Given Turkey’s troubled past of ethnic violence the growing hostility to the refugees, and the political accommodation from left to right of this hostility, is of deep concern. A heavy responsibility falls also on the main opposition CHP, which has opted to exploit xenophobic sentiments while remaining silent about the exploitation of the migrant workers. But the CHP plays with fire: making the border a matter of “honor” enflames a nationalism that will ultimately buttress authoritarianism – and possibly pave the way for a new, anti-immigration, ultra-nationalist party – undoing the hope of democratization that the opposition wants to embody.

Turkey’s past should have taught the country’s rulers, and those leaders who aspire to rule it, that conjuring an “internal enemy”, against which the nation must defend itself, is a recipe for disaster.

More in this category: « Is There Any Solution to Turkey’s Kurdish Problem? Creeping Shadows: YAŞ, Hulusi Akar and the Spectre of the End of the Erdoğan Era »
back to top