The December 19, 2018 announcement of the withdrawal of American forces from northeastern Syria was heralded as Washington's concession to Turkey's President Recep Tayyip Erdoğan, giving him a green light for the eradication of the PKK-affiliated Kurdish forces of the People's Protection Units (YPG). However, Turkey's planned intervention to create a 'safe zone' in northern Syria east of the Euphrates river has been complicated by the recent reconciliation of key Arab nations with the regime of Bashar al-Assad to oppose Turkish ambitions. The Arab alignment with Russia's opposition to Turkey's intervention weakened Erdoğan's bargaining position in his January 23, 2019 meeting in Moscow with Russian President Vladimir Putin and may force Turkey to accept alternative arrangements for the safe zone based on the 1998 Adana Protocol between Ankara and Damascus. 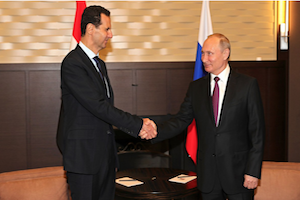