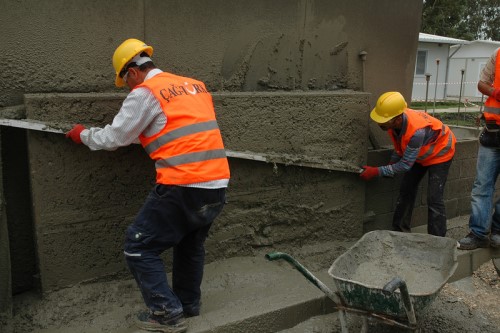 BACKGROUND:  According to official statistics, Turkey's unemployment rate is 12.9 percent. However, this ratio does not include those who have given up looking for a job or those who have been furloughed during the pandemic. When these are included, the actual unemployment rate rises to 28.8 percent. More than two million employees have been furloughed, and receive only a monthly payment of 1.170 TL (155 dollars.) While several hundreds of thousands have lost their jobs during the pandemic, the AKP government has done very little to mitigate its effects; indeed, it has demonstrated a marked indifference to and carelessness about workers’ health. According to Capital Economics, an international research organization, Turkey is one of the countries that have provided the least support to its citizens during pandemic. 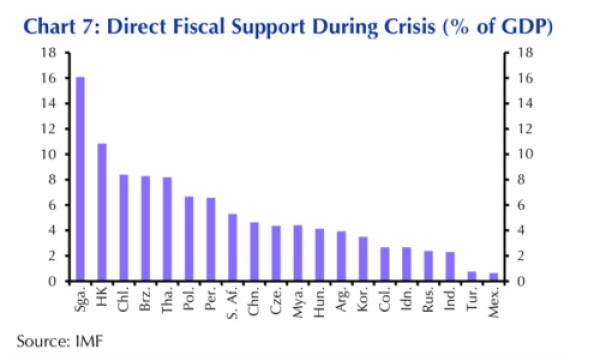 While service sector companies have had to shut down, production has continued without interruption in the industrial sector. Even though many factories have become centers of transmission of the Covid-19 virus, the AKP government has still refused to heed the demands of the trade unions that production be ceased during the peaks of the pandemic. In the words of Seyit Aslan, a member of the Confederation of Progressive Workers (DİSK) Board of Directors, Covid-19 has become “a working class disease”.

One of the most dramatic examples of disregard for worker health was the decision last summer to keep the production going at the Dardanel factory, a seafood company in Aegean coast city of Çanakkale, where the infection had spread among the employees. Nearly a thousand Dardanel workers, ninety-five percent of which are women, were forced to continue work for two weeks during which they were compulsorily hosted in accommodation facilities within the factory.

IMPLICATIONS: While the AKP's indifference to and carelessness about workers' health and safety has peaked with the pandemic, its eighteen years’ rule has been a non-ending misery for workers, of which the dramatic increase in fatal occupational injuries is the most telling expression. Since 2002, when the AKP came to power, at least 23,980 workers have died in occupational accidents, with the fatal work injury rate increasing exponentially for every year. 146 workers died in workplace accidents in 2002; in 2019, the number had increased to 1,736, an increase due not least to the fact that workplace inspections, that are required by law, were not carried out adequately, sufficiently or at all, presumably in order not to disturb the employers.

Turkish workers are largely unprotected, and are to all intents and purposes left to the mercy of their employers. The trade unions are under government pressure and unionization is actively discouraged. When the AKP came to power, the official unionization rate was 58 percent. While the number of workers has increased threefold during the last eighteen years, the unionization rate has dropped from 58 percent to officially between 11 and 12 percent. However, according to the trade union confederation DİSK, the actual unionization rate was 12 percent in 2002, and has declined to 6 percent under the rule of the AKP. Of the 16.2 million workers today, 14.3 million are not trade union members.  Moreover, only 1.1 million of the total 16.2 million workers benefit from collective labor contracts, according to research by DİSK. Collective labor agreement coverage rate is only 7 percent.

Turkish labor law (Article 25 of Law no.6356 on trade unions and collective bargaining agreements, which came into force in 2012), stipulates that hiring workers cannot be conditional on membership of or on leaving a trade union;  employers cannot legally discriminate between unionized and non-unionized workers. Yet this is still widely practiced by employers. Workers are regularly threatened by their employers and are forced to leave their union or choose another, pro-government one, if they want to be covered by a collective agreement or simply want to keep their employment.

Unionization is especially dangerous in the small and medium-size companies in the industrial centers of Anatolia. The so-called “Anatolian tigers” have been a base of the AKP and their owners were once hailed by international commentators as “Muslim Calvinists,” entrepreneurs that were expected to help make Turkey a part of the modern, developed world capitalism. According to Yasin Durak, a Turkish sociologist, who tells the story of the workers in Konya, a pious city in the heart of Anatolia in his book Emeğin Tevekkülü, (Submission of Labor,) workers who express a wish to join a union in Konya are as a rule immediately fired.

The practice, though, is not uncommon in the big cities either. The case of workers at Flormar, a Turkish subsidiary of the cosmetics company that bears the Yves Rocher trademark, is an example: in 2018, 132 workers took part in daily demonstrations for almost a year at the entrance to their factory after having been fired for holding trade union memberships. A few, who accepted the demand of the employer and left their trade union, were returned to their jobs, while those who refused to yield received severance pay following a court judgment.

The AKP government has intimidated trade unions that don’t toe the government line; pressures, investigations and detentions of trade unions officials have been legion. They have notably targeted unions that are organized in the Confederation of Public Workers Unions (KESK), and have succeeded in breaking the pre-eminent position that these trade unions once had among state employees. Thousands of KESK members have been laid off in recent years and several KESK executives have been subjected to judicial investigations and detained.

While exerting pressure on dissident trade unions, the AKP government has privileged politically allied trade unions. The Hak-İş union confederation, which enjoys close ties with the government and which organizes public sector workers, has been bolstered: of the 857,000 workers who were unionized between 2013 and 2019, 517,000 joined Hak-İş, with 266,000 joining Türk-İş, and only 71,000 joining trade unions affiliated with DİSK, the radical confederation that has been targeted by successive governments since the 1970s.

Even though the right to strike is protected by law, in practice strikes are as a rule postponed, with the AKP government claiming that the interruption of production would prejudice general health and national security. The widespread subcontracting has also weakened worker rights and protection. The AKP has amended the labor regulations and allowed public sector employers to hire subcontracted workers as well. The number of subcontracted workers, which was 387,000 in 2002, had grown to 2 million by 2017. In the health sector, which is one of the sectors where subcontracting is most common, the number of subcontracted employees is at least thirty times the number of permanent workers. Subcontracting is also widespread in municipalities. According to a report of the General-İş Union, 3 out of every 4 workers in the municipalities work for a subcontractor.

The arrival of Syrian migrants has further skewed the relation of capital and labor to the disadvantage of the latter. The Syrian migrants, lacking work permits, have to work illegally and are therefore forced to accept pay below the legal minimum wage, as well as doing without insurance. Although there is no official data available, it is nonetheless estimated that 97 percent of the Syrian immigrants, more than one million, who work do so illegally. As illegal workers, they are even more vulnerable than the native workforce, and 75 percent of them are estimated to be working more than the legal weekly working time of 45 hours. But their addition to the workforce in Turkey – the Syrians are concentrated in southeastern Turkey and in Istanbul – has further weakened the position of the native workers who now face competition from workers who accept even worse conditions.

CONCLUSION: The AKP government has consistently looked after the interests of the employers while remaining insensitive to the health and security of the workers. Like other conservative parties in Turkey before it, and its name notwithstanding, the AKP privileges development of businesses over justice for labor. Meanwhile, the opposition pays little interest to the plight of the working class. Yet even though the addition of the Syrian migrants to the workforce has further strengthened the position of the employers, the continued impoverishment of the working class is not going to benefit Turkey’s long-term economic development.

Barış Soydan is a columnist at the Turkish news site t24 specializing on economic issues.

More in this category: « The Boğaziçi Protests and the Politics of Fear Turkey's Rise as an Inter-regional Power Requires Rapprochement with Egypt »
back to top