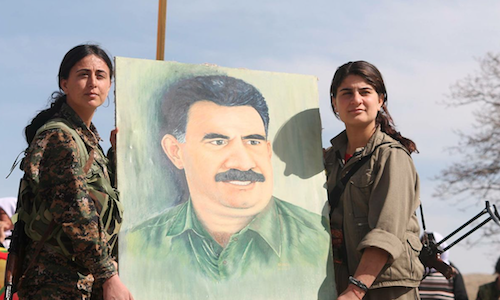 BACKGROUND: On September 11, 2016, the ruling Justice and Development Party (AKP) appointed “administrators” to replace the elected mayors of 28 local authorities. Four of the dismissed mayors – all of them AKP members – have been accused of links to the Fethullah Gülen Movement, which the government claims masterminded the failed coup attempt on July 15, and have been replaced by AKP members of the local council. The remaining 24 – all of them in the predominantly Kurdish southeast of the country -- are members of the pro-Kurdish Democratic Regions Party (DBP), which represents the Peoples’ Democratic Party (HDP) at local level, and have been accused of aiding the militant Kurdistan Workers’ Party (PKK). However, instead of being replaced by other DBP members of the local councils, their positions have been given to bureaucrats from the Interior Ministry, putting the municipalities under the direct control of the AKP government.

In summer 2015, when PKK sympathizers created no-go areas in some of the towns and cities in the southeast, they often used construction machinery from the local authorities to dig trenches and erect barricades. However, most of the dismissed DBP mayors come from places where the PKK did not attempt to create no-go areas. Their main offence appears to be that they have publicly called for autonomy for the southeast. None has been convicted of a criminal offence. Nearly all were elected with the support of over 50 per cent of the local population.

The seizure of the municipalities followed the announcement by the Ministry of Education on September 10, 2015, that nearly 11,300 schoolteachers had been suspended on suspicion of PKK sympathies. Again, none has been convicted of a criminal offence. A similar – albeit more gradual – purge is being conducted in both the universities and the media, including targeting many who are supportive of Kurdish rights but have been highly critical of the PKK’s often brutal violence.

On May 20, 2016, backed by the mainstream opposition parties, the AKP amended the constitution to lift the immunities of all of the current members of parliament. Over the weeks ahead, several HDP deputies are due to be called in for questioning by prosecutors in Ankara on charges of supporting the PKK. There is a high possibility that some will be arrested and tried.

As it increasingly restricts non-violent expressions of dissent, the AKP is also manifestly failing to crush the PKK militarily. By early summer 2016, virtually all of the PKK’s attempts to create urban no-go areas had been ruthlessly crushed by the security forces, often after months of bitter fighting and the deployment of tanks and artillery against residential areas. But, even though a large proportion of its military wing, the People’s Defense Forces (HPG), is deployed in Syria and Iraq against the so-called Islamic State, the PKK has nevertheless been able to kill an estimated 700 members of the security forces since July 2015. The PKK has compensated for the limited number of its deployable militants by focusing on improvised explosive devices (IEDs) and vehicle-borne improvised explosive devices (VBIEDs). A large proportion of the VBIEDs have been suicide bombings, with the vehicles driven by young PKK sympathizers rather than trained HPG militants. Disturbingly, the PKK has not lacked for volunteers.

It is unclear how many PKK militants have been killed since July 2015. Estimates range from 700 to over 1,000. The government has refused to acknowledge any non-combatant casualties during the fighting in urban areas, listing all of the dead as either members of the security forces or PKK militants – even though many of the bodies are of children and the elderly. In reality, at least 300 non-combatants appear to have killed during the operations by the security forces against the no-go areas.

In addition, at least 200,000 people – perhaps as many as 400,000 – have been evicted from their homes by the security forces. Entire residential neighborhoods have been razed to the ground or scheduled for demolition, including large areas of Yüksekova, the Sur neighborhood of Diyarbakır, approximately 10 per cent of Cizre and around 25 per cent of Nusaybin. In some areas, the buildings had been so badly damaged by the fighting that they were unsafe. In many others, the motive appears to have been purely punitive – with residents ordered to leave undamaged apartment blocks before they were demolished, with furniture, household goods and personal effects all still inside. The provincial capital of Şırnak has been under 24-hour curfew since March 14 this year. An estimated 70 per cent of the city has been leveled or is scheduled for demolition. Most of the population has sought refuge with friends and relatives in nearby towns and villages, although several thousand families are still living in makeshift tents outside the city.

IMPLICATIONS: On September 11 this year, the Turkish authorities allowed PKK founder Abdullah Öcalan, who has been incarcerated on the prison island of İmralı since February 1999, to receive a visit from his younger brother Mehmet Öcalan ahead of the Islamic holiday of Eid al-Adha. It was the first time that Öcalan had been allowed to receive any visitors since April 2015.

Öcalan’s isolation on İmralı has intensified the cultish devotion with which he is regarded by many Kurdish nationalists, particularly by a younger generation who cannot remember a time before he was in custody. He is widely perceived as a living martyr and the incarnation of the Kurdish cause. In the weeks preceding his brother’s visit, rumors had begun to snowball that Öcalan was being tortured and perhaps had even been killed during the failed putsch on July 15. In this context, allowing him to receive a visit from his brother – who could then confirm that Öcalan was alive and not being tortured – was positive as it offered to prevent already dangerously high social tensions in Turkey from rising even higher. But any positive repercussions were immediately negated by the government’s decision to seize the 24 DBP-controlled local administrations -- particularly given that, unlike for the four AKP mayors who were replaced, when it came to the DBP-controlled local authorities, the government clearly sought not to punish individual miscreants but to exclude the DBP as a party.

In summer 2015, when it first attempted to create urban no-go areas in the southeast, the PKK will have been aware that the government would eventually send in the security forces and that the inevitable result would be widespread non-combatant casualties. In recent months, the PKK has scaled back, though not abandoned, its IED and VBIED attacks in the west of the country. But it still carries out bombings in the southeast virtually every day. In addition to striking at military convoys in the countryside, the PKK also targets the security forces in urban areas and at the checkpoints – which, unlike in the past, are now mostly manned by elements from the police rather than the Land Forces or the Gendarmerie – along major roads and at the entrances to towns and cities. Again, the inevitable consequence is non-combatant casualties.

Nearly all of the police deployed in southeast Turkey come from other parts of the country and speak only Turkish. Heightened security concerns following the escalation in violence since July 2015 mean that the police now rarely mingle with the local population, remaining instead in heavily fortified strong-points – which many appear to regard as islands in a hostile and audibly alien sea. Ironically, the Turkish flags with which the security forces adorn their strong-points and prominent local landmarks seem to exacerbate the sense of the central government’s otherness rather than encouraging the local population to feel equal members of a unified country.

On September 4, during a visit to Diyarbakır, Prime Minister Binali Yıldırım announced a four-year state investment program for eastern Anatolia worth a total of $47 billion, including the construction of 7,000 housing units in Sur, 10,126 in Şırnak, 10,750 in Yüksekova and 8,000 in Nusaybin. What he did not add -- and what the now tightly controlled Turkish media chose to ignore – was that the new housing units were replacements for buildings demolished by the state since summer 2015. Yıldırım did not say when the new housing units would be completed, but it is unlikely to be before late 2017 or early 2018. Even if they are all built, it is difficult to see how the new occupants will regard the provision of empty apartments as sufficient recompense for the destruction of their homes – much less the subsequent 18 months of homelessness and, in many cases, the loss of their livelihoods as well.

Indeed, Yıldırım’s failure to explain why the new housing units needed to be built – and the Turkish media’s portrayal of the investment package as a “gift” and “major gesture” to the southeast – risk intensifying the local population’s antagonism towards the Turkish state by dehumanizing their sufferings and implying that they can be traded for concrete. Strikingly, although many Kurds are deeply resentful of the PKK for bringing the conflict literally into their homes, it is commonplace to hear even outspoken critics of the organization refer to its members as “us” – while the state and the security forces are invariably “them”.

CONCLUSIONS: Instead of weakening the PKK, excluding members of the HDP and the DBP from political processes is going to strengthen the organization -- and risks legitimizing its claim that the government is leaving Kurdish nationalists no choice but to pursue their goals by violent means. However, since July 2015, the HDP and the DBP have made less of an effort to differentiate themselves from the PKK – and some leading members have been explicitly supportive of the organization. Not all of this shift can be attributed to pressure from the AKP.

The result has been an erosion of sympathy for the HDP amongst Turkish liberals. The latter form only a tiny proportion – albeit a highly vocal one -- of the population as a whole, but they nevertheless served as a bridge across the ethnic divide. In their absence, the ostensibly leftist-liberal HDP has become even more focused on a Kurdish nationalist agenda.

The shift in the HDP and the heightened sense of alienation amongst the Kurds of the southeast have been accompanied by a noticeable widening of the ethnic divide in the rest of Turkish society, including a growing number of violent clashes – most recently on September 10 this year in the Black Sea town of Sinop.

Ultimately, the Kurdish issue can only be resolved through negotiations. During his meeting with his brother on September 11, Öcalan declared that he was ready to resume the dialogue with the Turkish state that was halted by President Recep Tayyip Erdoğan in March 2015. Although it remains deeply distrustful of Erdoğan, the PKK high command would also probably agree to new talks – not least because it is currently fighting on three fronts. But there is currently no indication that the Turkish government is either willing to return to the negotiating table or understands the urgency of the need to do so. The longer the return to talks is delayed, the greater the risk of severe damage to the fabric of Turkish society – and the more difficult it is going to be to persuade the Kurds that their future lies in a unitary Turkish state.

More in this category: « Turkey yet to appear in Cyprus peace talks The Turkish Armed Forces Restructured »
back to top