New Turkey: Neo-nationalist or the reincarnation of the "Old"?

The roots of President Recep Tayyip Erdoğan’s “New Turkey” can be found in the decades that preceded the foundation of the Turkish republic. The ultranationalist Young Turks who ruled the Ottoman Empire during its final years – with catastrophic consequences – have extended their tentacles into the present. To preserve his power, Erdoğan has made a Faustian deal with their incarnations. 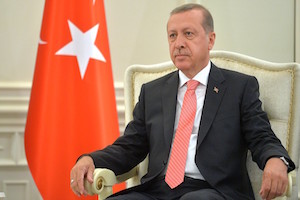 BACKGROUND:   Since the botched military coup of July 15, 2016, President Recep Tayyip Erdoğan has emerged as the uncontested strongman of his country and the drift into an increasingly autocratic regime continues unabated.  However, identifying the ideological contours of this authoritarianism is a challenge for political analysts and observers who attempt to make sense of the Turkish regime. There is no consensus among scholars and intellectuals, and the characterizations of the “New Turkey” of Erdoğan vary widely. Turkish intellectuals with leftist and quasi-Marxist tendencies do not hesitate to label the regime “fascist.” They claim that the Turkish regime manifests many similarities with that of Nazi period of Germany of the 1930s. Others argue that the Turkish regime is mainly autocratic, on the fringe of totalitarianism.

Ryan Gingeras, an acclaimed American historian, asks “Is Turkey turning into a Mafia state” in a recent Foreign Affairs article. Nilüfer Göle, a renowned Turkish expert on Islamic movements, writing in the Huffington Post, argues that Turkey is undergoing a radical shift from pluralism to Islamic populism:  “Illiberal values and populist movements are gaining ground not only among emerging countries and in authoritarian regimes but also among Western democracies. Turkey, an interface country between Islam and the West, finds itself at the epicenter of this transmutation. Over the last three decades, a country of promise, an emerging star in the Middle East, a model Muslim country that combined religion and secularism, economic development, political pluralism and open society, now faces a total collapse of democratic institutions and individual freedoms… Turkish society is going through radical change, turning from an open society into one governed by Islamic populism.”

If one would seek a radically differing view from that of Göle on defining what President Erdoğan’s “New Turkey” is all about, this publication’s editor Halil Karaveli provides it. For Karaveli, Turkey’s political regime has overall been characterized by one form or another of authoritarianism. In his important essay “Turkey’s Authoritarian Legacy” in the Cairo Review of Global Affairs, he argues that it is right-wing continuity from Atatürk to Erdoğan that accounts for the hold of authoritarianism. He contends that “a closer look reveals that secularists and Islamists are in fact two sides of the right.”

In fact, the roots of Erdoğan’s “New Turkey” go further back: they can be found in the decades that preceded the foundation of the Turkish republic. The ultranationalist Young Turks – the Committee of Union and Progress (CUP) – that ruled the Ottoman Empire during its final years with catastrophic consequences, have extended their tentacles into the “New Turkey.” It is with their latter-day incarnations – the neo-nationalists – that President Erdoğan has teamed up in recent years.

IMPLICATIONS: Turkey’s new power configuration began to take shape during the power struggle that tore apart the alliance of Erdoğan and the followers of Fethullah Gülen. The “civil war” between the two versions of Turkish Islamism dealt a death-blow to political Islam in Turkey in terms of the foundational ideology for the “New Turkey.” The self-destruction of political Islam in Turkey has brought to the fore the regenerated and replenished old state establishment of Turkey, the offspring of the Young Turk school of politics of the late Ottoman Empire.

The new power structure of Turkey in the aftermath of the Islamists’ civil war (See December 18, 2013 Turkey Analyst) is furnished by the elements of the Turkish deep state; this is the consequence of the Faustian deal that Erdoğan reached with these elements against his erstwhile allies, the Gülenists. All imprisoned military officers and their civilian cohorts embroiled in the infamous Ergenekon and Sledgehammer cases were released in 2014 as Erdoğan needed their support and expertise in his war with the Gülen movement.

The “deep state”, originally, is a very Turkish phenomenon. Historian Ryan Gingeras notes that the concept of a state within the state, in fact originated in Turkey, during the final days of the Ottoman Empire, when the Young Turks took over the state through their Committee of Union and Progress and its notorious special unit, the Teşkilat-ı Mahsusa (which literally means special organization). The “Special Organization” was a clandestine force within the state that was entrusted with carrying out the extermination of the Ottoman Armenians during the First World War.

In 2005, their political offspring founded the Talât Paşa Komitesi (The Committee of Talât Pasha.) The committee was – not innocently – named after the unionist interior minister and later Grand Vizier during the First World War who was the main culprit of the Armenian genocide. Talât Pasha, who is revered by the neo-nationalists, was guilty of crimes against humanity, as the leading organizer of the extermination of the Ottoman Armenians. The founding of the Committee of Talât Pasha was an act of defiance on the part of the neo-nationalist elements within the Turkish deep state that resented the liberal reforms that the Justice and Development Party (AKP) had embarked on during its early years in government. Its members included Rauf Denktaş, the staunchly nationalist founding president of the Turkish Republic of Northern Cyprus; Doğu Perinçek, the leader of the extreme nationalist “Workers’ Party, ” which has since been renamed The “Homeland Party” (Vatan Partisi, VP); and a number of high-ranking officers, among whom the head of the military intelligence. Perinçek is today an ally of President Erdoğan, and the former head of the military intelligence is the vice chairman of Perinçek’s party. The Committee of Talât Pasha represented the public face of Turkey’s “deep state” in the first decade of the 2000s. Its members vigorously opposed Turkey’s bid for membership in the European Union, any sort of compromise to solve the Cyprus problem; they had an unflinchingly anti-Kurdish discourse and they vehemently rejected reconciliation with Armenia.

These neo-unionists are part of the wider, secularist-nationalist formation, the so called ulusalcılar. The word literally means nationalists and can thus be understood as synonymous with milliyetçiler, the traditional Turkish word for nationalists, but the words nonetheless refer to two distinct, nationalist constituencies. The latter are traditional right-wing nationalists, while the former are secularists who claim to be “progressives” and of the “left.” The Nationalist Action Party (MHP), led by Devlet Bahçeli, represents the traditional right-wing nationalism which caters in equal measure to Turkish ethnic nationalism and to Sunni conservatism. The political representative of the extreme secularist-nationalism is the “Homeland Party.” On the face of it, the party is insignificant. The VP has no electoral record to speak of: as a rule, the party scores less than 1 percent in elections, yet that is no measure of its influence. The VP is a sort of hub of deep state elements; what distinguishes several of its representatives is the fact that they have occupied key positions in the military’s top echelons, primarily in the military intelligence and in the state security apparatus in general. Most of them were purged and jailed during the Ergenekon and Sledgehammer trials between 2007 and 2014.

After Erdoğan’s volte face in 2014, the deep state nationalists have made a come-back in grand style. They were not only released from prison, but were in many cases returned to their key positions in the security establishment. They have been instrumental in masterminding the rapprochement between Turkey and Russia that had begun on the eve of the 2016 coup attempt and which has been pursued in its aftermath. These nationalists within the Turkish state establishment are also referred to as Eurasianists, and they are strongly present within the military. They espouse anti-American and anti-NATO views, and advocate an eastward strategic realignment that would make Turkey the partner of Russia, Iran and China.

In 2015, the coalition that had been formed in 2014 between Erdoğan and the neo-unionists was broadened with the participation of the right-wing nationalist MHP. MHP leader Devlet Bahçeli had previously opposed the introduction of an executive presidency; he now became a vocal advocate of such a constitutional amendment. This was prompted by the historical showing of the pro-Kurdish Peoples’ Democratic Party (HDP) in the general election in June 2015. For the first time, a pro-Kurdish party crossed the 10-percent threshold that had been designed to keep pro-Kurdish parties out of parliament. The HDP entered the parliament with a formidable 80-member bloc. In this situation, the interests of Erdoğan and the “deeper” interests of the state converged: the parliament, in which there would be a significant Kurdish representation, had to be rendered irrelevant with the introduction of an executive presidency.

CONCLUSIONS: Since 2015, Turkey is governed by a nationalist coalition that is an amalgam of neo-unionists, traditional ethnic Turkish right-wing nationalists and Islamist nationalists. It has been further cemented after the 2016 coup attempt. It is, in a sense, a continuation of the “Old Turkey,” rooted in the last days of the Ottoman Empire. This is a coalition that revives and joins together two distinct – and what was at the time opposing -- traditions: the secular nationalism of the Young Turks, the unionists, and the Islamism of the Sultan Abdülhamid II that the Young Turks deposed in 1909.  Abdülhamid was a despot who sought to maintain the unity of the Ottoman Empire by emphasizing an Islamic identity, at the expense of the Christian subjects. The Young Turks were secular nationalists, but in fact they finished what Abdülhamid had begun when they annihilated the Ottoman Armenians. President Erdoğan is seen as the reincarnation of Abdülhamid by his Islamist supporters, the sultan who is despised for his Islamism by the secularist nationalists in the unionist and Kemalist tradition. Yet in an ironic twist, Erdoğan recently – and for the first time – embraced the secularist founding father of Turkey, Kemal Atatürk, to the consternation and astonishment of some in his own constituency. But this was not a coincidence.

When it comes to upholding state authoritarianism, the frontiers between the secular state elite and the Islamists were never insurmountable. It was the military regime in the 1980s that developed a “Turkish-Islamic synthesis.” Erdoğan’s regime represents both a continuation and a break with the old Turkey. It is a different incarnation of the old, with the omnipresence of the “deep state” in the background. Erdoğan is an asset for the “deep state:” he provides it with an electoral following that the “deep state” has never before enjoyed. In return, he is allowed to pursue an Islamist agenda, to the extent that the nationalist-centralist-authoritarian underpinnings and pillars of Turkish state are not endangered.

Such a political marriage, symbolized by the alliance between the devotees of Abdülhamid II and the modern day disciples of those, the ultranationalist unionists, who removed the sultan from power, is new and unprecedented. That, absolutely, is the “New Turkey” of President Recep Tayyip Erdoğan.

Cengiz Çandar is Distinguished Visiting Scholar at the Institute for Turkish Studies, University of Stockholm

More in this category: « Between Pressure and Paranoia: No Easy Answers for US-Turkish Relations Turkey's Toxic Mix: Fear, Loathing and the Empowerment of Paranoia »
back to top