The notion that Turkey faces an “existential” threat, that the unity of the state and the nation is at stake, has long featured preeminently in Turkish political discourse, legitimizing repressive policies. Yet, growing poverty, inequality and despair, which provide a xenophobic far right with fertile ground, may turn out to be Turkey’s truly existential problem. Millions have lost not only their economic status but also, and perhaps even worse, their hopes for the future. This development is ripe with risks and does not augur well for Turkey's future and social cohesion. Unless economic injustice and hopelessness are addressed, Turkey will face the risk of social upheaval and political destabilization. 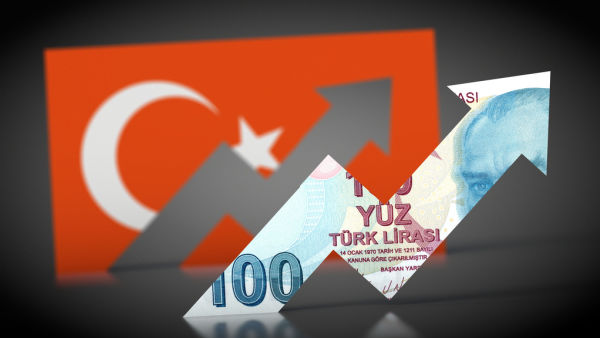 BACKGROUND:  The Turkish lira lost nearly 45 percent of its value against the U.S. dollar last year, and this year's depreciation has already exceeded 25 percent. As a result, inflation has exploded. Consumer inflation, announced by the Turkish Statistical Institute, exceeds 80 percent. But the official inflation data may not reflect the truth. According to the Inflation Research Group, formed by independent economists, consumer inflation is in fact over 180 percent. In any case, Turkey is now the country with the highest inflation in the world after countries such as Venezuela, Lebanon and Zimbabwe. The result is the impoverishment of the broad masses.The World Bank announced last year that the absolute number of the poor in Turkey increased by 3.2 million people during the last two years and has reached 10 million people.

The decline in per capita income is also striking. In 2012, per capita income in Turkey exceeded US$ 12,000 for the first time. Since, it has fallen by a third. Last year, per capita income fell to $8,548. Although it has somewhat recovered and risen to over $9,000 this year, it is still far from the 2012 level. Moreover, when the immigrants, whose number is estimated to exceed 10 million, are included in the statistics, the actual per capita income drops to around $8,000. As the economic policies of President Recep Tayyip Erdoğan has impoverished the broad masses, support for his ruling Justice and Development Party (AKP) has fallen to around 30 percent.

Yet while inflation has exploded and incomes fallen, the Turkish economy grew by 7.5 percent in the first quarter of this year and by 7.6 percent in the second quarter. Considering that the U.S. economy shrank in the same period and that growth in the EU was limited, Turkey's performance is remarkable. Moreover, unlike many other developing countries, Turkey is not a commodity producer and exporter. It produces neither oil and gas, nor copper, nor nickel. Turkey has never been an important commodity producer. The high growth rate in the first half of 2022 has been fuelled by a strong increase in consumption and exports and by growth in the service sectors, mainly finance and tourism. Company balance sheets provide clues to the economic growth. While the masses in Turkey are getting poorer at an alarming rate, the corporate sector is getting richer at the same rate. The balance sheets sent to the Istanbul stock exchange by Turkey's leading industrial and service companies point to a surprising growth in turnover and profitability. (See appendix)

IMPLICATIONS:  The explosion of profits, such as the 300 to 400 percent jump in bank profits, are not explained by any boost in productivity, but in large part by inflation. Inflation that drives fixed incomes into misery – and the depreciation of the Turkish lira – do not affect the corporate sector in the same way as it does the broad masses. On the contrary, the companies have profited from it. This is so because they have been able to pass their cost increases on to the consumers in the form of higher prices. Also, exporting companies benefit from the increase in the value of the U.S. dollar. Yet more than anything, the corporate sector has benefited from President Erdoğan’s unorthodox monetary polices.

While the central banks of other countries increased their policy rates last year, the Turkish Central Bank reduced it from 19 percent to 14 percent. This is because Erdogan is against interest rates. Banks sold the money they received from the Central Bank with 14 percent interest to citizens and companies at 30 to 50 percent. This caused a huge increase in the profits of the banks. On the other hand, Turkish banks also achieved 50-60 percent returns thanks to the inflation-indexed bonds issued by the Treasury. This explains the extraordinary increase in bank profits.

Meanwhile, energy companies increased their turnover and profits at a record rate thanks to the price hikes in electricity. Oil companies experienced a profit explosion thanks to the daily price hikes. Retail companies reflected the increase in their costs on the prices on the shelf. Exporters took advantage of the great depreciation of the Turkish Lira.

Besides companies, other economic actors have taken advantage of Erdoğan’s economic policies. There has been an extraordinary increase in rent income. In order to stop the rise in the dollar, the government introduced the policy tool called “currency-protected deposits” at the beginning of the year. Accordingly, those who kept their money in Turkish Lira within the scope of this application would earn as much as the rate of increase in the dollar/TL exchange rate, as well as interest income. Within the scope of this practice, depositors were paid more than 60 billion liras ($3.2 billion) in just the first five months. Those who have cash, that is, the rich, benefit from this application. Taxes collected from all the people, notably employees, are thus channeled to a small minority of wealthy who have large bank deposits.

For sure, Turkey has experienced high inflation, leading to income inequality, before. This was the case during the 1970s and 1990s. However, the situation today is nonetheless unique in several respects. For one, today’s impoverishment has come much more abruptly. Millions of people who until recently defined themselves as middle class, have suddenly found themselves among the poor. Moreover, this time around the younger generation is especially hard hit. Up until now, every generation in Turkey has succeeded in reaching a higher level of prosperity than the previous generation. In other words, throughout the short history of the Turkish Republic, children lived better than their parents. Now though, for the first time, young people start life without any hope of catching up with their parents’ welfare. Housing prices in big cities have risen to such astronomical levels that young people can no longer realistically hope that they will ever be able to save money by working to purchase a house or apartment.

The situation is worsened by the fact that education, which until now had been an engine of social mobility, has ceased to fulfill that function. Historically in Turkey, young people from poor families were able to rise to higher social classes by getting a good education. Well-educated young people from socially disadvantaged, rural and urban classes could afford things early in life that had been out reach for their parents, move into relatively well-to-do neighborhoods in big cities and buy a good quality car. Today, these opportunities are no longer available. There are more university graduates, but houses and even cars are out of the reach of young engineers, doctors, teachers and bankers. In short, there is not only impoverishment but also despair in Turkey. Millions have lost not only their economic status but also, and perhaps even worse, their hope for the future.

This development is ripe with risks and does not augur well for Turkey’s future and social cohesion. Historical precedents – hyperinflation in Weimar Germany in the 1920s, economic and social collapse in Russia in the 1990s – are cautionary: the impoverishment of the middle class and the lower classes’ loss of hope that their condition will be improved have proved to be destructive for democracy.

CONCLUSIONS: "This system must change." That was the famous slogan of Bülent Ecevit, who as the leader of the social democratic Republican People's Party (CHP) in the 1970s, put words to the popular masses’ call for social justice. Today, despite impoverishment, inequality and loss of hope in the future, there is no push from the popular classes for any systemic change. The privileges of the wealthiest are not called into question. Instead, popular discontent targets immigrants (from Syria and Afghanistan), and support for a new, xenophobic far right is on the rise.

The notion that Turkey faces an “existential” threat, that the unity of the state and the nation is at stake, has long featured preeminently in Turkish political discourse, legitimizing repressive policies. This threat is associated with Kurdish aspirations in Turkey and in Turkey’s neighborhood, notably in Syria. Yet poverty and despair, which provide a xenophobic far right with fertile ground, may turn out to be Turkey’s truly existential problem. Unless economic injustice and hopelessness are addressed, Turkey will be facing the risk of social upheaval and ultimately political destabilization.

(2022 first 6 months, compared to the same period of the previous year)

More in this category: « The Istanbul Bombing and Soylu’s Power Play Illusions of Unity: The Travails of Turkey’s Main Opposition Alliance »
back to top